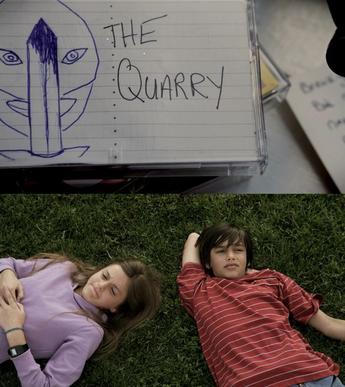 Do you remember that girl, your first love – her smile, the butterflies in your stomach? You probably do, but in case you’ve forgotten (how could you??) Ryan Hanson‘s 2005 short film The Quarry will revive those magical moments for you.

The story is simple enough. Charlie (Ruben de Baat), a boy of twelve, creates the most personal gift for his friend best friend, Natalie (Meagan Brodie). It’s a mix tape containing songs with words expressing his feelings to her and it’s a farewell present  –for Natalie’s family is moving away…

Wait a minute!! … cassette tape, hand-drawn covers art, record players – it all sounds so retro now, yet the props and stylistic of the film display the right tone to the people who have grown-up with those things. They help turn the story of Charlie and Natalie into a nostalgic window into one’s past.

The film’s cinematography and editing reinforce that feel too. Jump cuts in an MTV stylistic is utilized to portray what goes on in a young boy’s mind (‘cuz frankly things can get pretty messy up there), while slow motion captures moments as sweet as syrup, meant to be savored .

There is an added dynamic introduced by other characters in the movie: the curious parents, eager friends and mean older kids. And then there’s the beautiful musical score (the film is set to the mixtape Charlie made for Natalie). Admittedly, The Quarry is not the thought-provoking, epic short film some may hope for and the young actors are not convincing in every scene, but its a story that’s sweet and tender – beautiful in its simplicity. 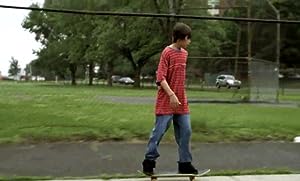