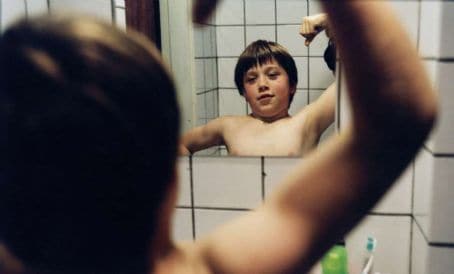 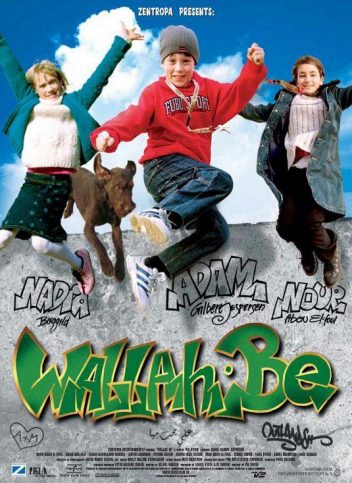 Many Danish Coming-of-Age films share common themes, and more often than not engage viewers of a younger age group.

Most often are based on popular children’s books, feature sympathetic young boys in the lead roles [see Rubber Tarzan (1981), I am William (2017), and Someone Like Hodder (2003)] and feature an element of magical realism.

Pia Bovin’s  2002 film Wallah Be (Original title: Kald mig bare Aksel) shares similar traits with these Danish children’s films. Its protagonist is an impressionable ten-year-old boy named Alex who lives with his mother and elder sister at an apartment complex in the suburbs.

With his father missing, the boy is looking for an older role model to emulate. His neighborhood is filled with newly moved-in Muslim families, and soon Alex finds such a model in the older Muslim boys – who hang together, wear cool necklaces and get into all kinds of mischief. He is so impressed by them that he concludes that the only way to join them and be cool is to become a Muslim himself.

Wallah Be departs a bit from the Danish cinema’s magical realism in favor of normalizing the new reality that many Danish cities have found themselves in because of the increased immigration from the east. I find such an agenda unsuitable for children’s films, although the story itself is still perfectly capable of captivating young audiences. Nonetheless, older viewers may feel a bit of unease.

Aside from the desire to become a Muslim (which ends up bringing some comic relief), Alex is preoccupied with a singing contest at the local youth club. Not everything goes smoothly as one member of his team– a young Muslim girl Fatima — has difficulty convincing her parents that it will be fine to perform on stage while the other team member, Annika, is preoccupying herself with fate of a stray dog. 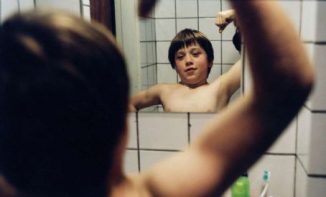 Although the Danish children’s cinema’s charm is present, Wallah Be never really manages to truly engage and captivate. This is not the cast’s fault who, for the most part, delivers wonderful performances – especially Adam Gilbert Jespersen as Alex.

His charming appearance and talent enhance the sensible nature of the young character he portrays on screen. But, as a whole, the story is superfluous and lacks both the magic of Someone Like Hodder or the humor in I am William. As a result, I had to watch the film on several consecutive viewings as it would always bore me trying to view it in a single one.

That’s why I can not wholeheartedly recommend the film. Those fans of the Danish children’s films (and I am one of them) may find a few redeeming qualities, but generally, the cinematic experience is disappointing. 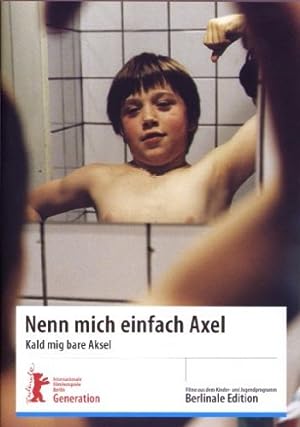 Kald mig bare Aksel (2002)
82 min|Drama, Family|27 Sep 2002
5.2Rating: 5.2 / 10 from 177 users
Life is not easy when you are a Danish kid called Aksel who loves meatballs. Especially when you would much rather want to be one of the cool Muslim boys who wear those golden necklaces and say cool stuff in Arabic. To worsen things,
Director: Pia Bovin
Creator: Bo Hr. Hansen
Actors: Adam Gilbert Jespersen, Sarah Boberg, Jesper Lohmann

Wallah Be (2002)
In short
A stray dog and a song contest test a young boy's mettle in this Danish Coming-of-Age film.
2.3
Our rating
Available on Amazon Video
Amazon
Previous articleLolo (2019)
Next articleRaymie (1960)

Facebook
Twitter
WhatsApp
A stray dog and a song contest test a young boy's mettle in this Danish Coming-of-Age film.GeorgiWallah Be (2002)
TheSKyKid.comYoung talent in the movies and the arts