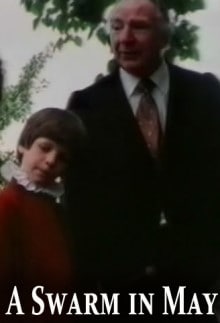 Coming-of-Age stories in which music plays a significant role are quite rare. One such story is told in the film A Swarm in May, which is based on the classic novel by William Mayne. The protagonist of the film is ten-year-old John Owen (Oliver Hicks) who, upon his return to the British boys’ Cathedral School he attends, is challenged to accept a traditional role in a religious ceremony that requires him to recite a poem in Latin and perform a solo in front of the Bishop.

A Swarm in May was filmed by the Children’s Film Unit in the UK in 1983.  Unfortunately, despite the best efforts of its director Colin Finbow (who at the time of filming already had significant experience working with children), many of the young actors debuted in this movie and delivered stilted performances. Yet, when one  hears them sing, their beautiful treble voices and spiritual rendition of the religions psalms, the acting imperfections become easy to forgive. A Swarm in May is filled with choir performances, which really are some of the best features of the film. 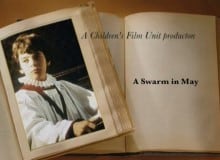 The story line of the movie has moral lessons in it.  The most important one is tied to one’s duties and the importance of fulfilling responsibilities. Despite the shortcomings of the acting and direction, one is never bored as the story has almost a documentary feel, which allows the viewer to experience the tribulations of growing up through the eyes of a young boy. The author of the novel on which the book is based spent his childhood at a Cathedral School himself, and his experiences there are reflected in his works. From the four choir related books he wrote, A Swarm in May was the only one that was adapted for screen.

A few years ago, I attended a concert of the Canterbury Cathedral Choir during a tour they did in Eastern Europe. Consequently, I obtained their recordings and exchanged a few letters with some of the choristers and their families. Those experiences lead me to believe that there is an audience for spiritual films such as A Swarm in May – even in these days when many a  movie screen is filled with violence and filth.

To summarize: Fans of the British cinema, connoisseurs of the Coming-of-Age genre and people fond of music (and treble music in particular) are likely to enjoy watching this movie. Yet, as often is the case with adaptations,  I have the feeling that given a choice, one shall choose to read the book instead.