“If your fear is greater than your love, I pity you.” 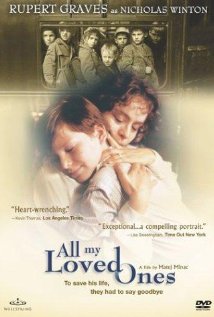 Movies about events that took place in the years foreshadowing the outbreak of the World War II, and especially those whose plots involve children, are typically emotionally charged with stories no one can remain indifferent to.  Throughout the years I have reviewed several for this site: Venice (2010), The Boy in the Striped Pajamas (2008),  Look to the Sky (1993) and The Island on Bird Street (1997).  Each of those turned out to be poignant and moving masterpieces of the Coming-of-Age genre. Matej Minac’s All My Loved Ones  (aka Vsichni moji blízcí) is the latest addition to these films and undoubtedly it’s a must see for fans of the Coming-of-Age genre and good cinema in general.

All My Loved Ones opens with a news report, broadcast on Czech television, about an Englishman who saved several hundred children from the Nazis by transporting them to safety in England. His name was Sir Nicholas George Winton and the movie is dedicated to his memory.  From the very first scene to the dedication at its conclusion, it’s a film that provides a very powerful experience. 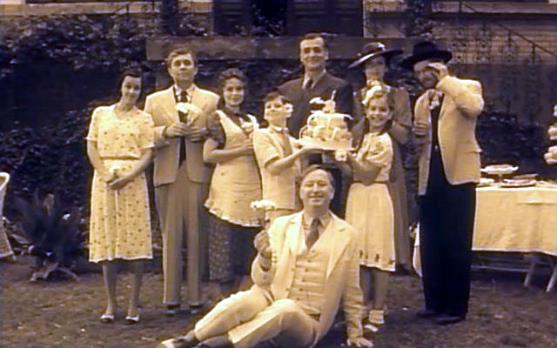 David and his family in All My Loved Ones

A flashback brings us back in time to Czechoslovakia – Prague in the years before the outbreak of the Second World War. The grown up David recalls his early childhood and his large Jewish Czech family. David’s father has a popular medical practice, while his uncle is a world-renowned violinist, so the family belongs to the higher levels of society. Hitler and his Nazi party are not considered a threat. But the family’s idealist life is about to change… a change that would put an end to their innocence, especially to that of the little David.

The family learns that an Englishman can arrange for endangered Jewish children to be sent to safety in Britain, but, at first,  having to separate from their beloved David is the last thing they would agree on.  But little by little they are forced to face the realities of the time, as the audience observes how the once happy family starts falling apart…and the parents are faced with a decision: either save their son or lose him.

It is not possible to identify a single mood or emotion that prevails throughout the film. Its emotional structure follows a dualistic approach.  Its first half introduces David and his family in an uplifting manner. They have to deal with the everyday challenges of life – financial hurdles for the adults or bullying for the children for example, but they manage to overcome them.  Yet, because of the film’s subject matter, one feels almost uneasy observing the idealistic lives of the family members — the innocent games children play, the haunting feeling that  things would go wrong never really leaves you. And, sure enough, the mood switches from upbeat to sorrowing in the second part of the film and one should not be surprised in finding  oneself moved to tears.

The plot development is not swift, but it doesn’t need to be as the many story motifs manage to capture and hold the attention of the viewer.

All My Loved Ones Soundtrack

The film is a period piece with excellent production design.  The settings, costumes and props realistically portray the spirit of the time. One gets to learn about the Jewish culture and its codes of behavior. The dualistic approach mentioned earlier is also present in the colour scheme of the film which switches from bright pastel-like colors to desolate greys and greens as the story develops. The beautiful score by the Polish composer Janusz Stoklosa  – an  implicit mixture of classical music, children’s choir performances, festive waltzes and tender violins  — effectively enhances the effect of the images and increases one’s involvement with the story. 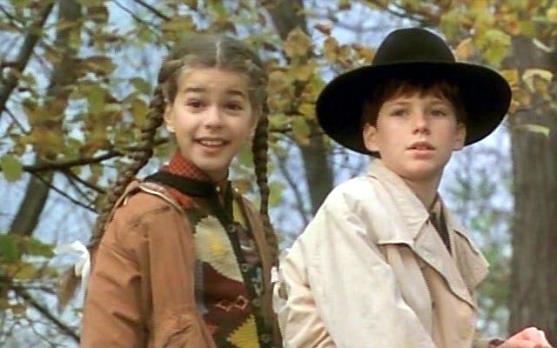 Brano Holicek and Lucia Culkova in  All My Loved Ones

The entire cast delivers a striking performance, allowing the audience to fully appreciate the dramatic depth of the story. The young  Brano Holícek left a long lasting impression on me with his natural performance and sincere expressions, especially his heart-warming affectionate smile, which one comes to appreciate thanks to the many reaction shots of his face.  The fate of his character David is strongly interrelated with the development of the story from the very first moment, when it becomes clear that the story will be told from his viewpoint  (even if not in first person). The unique boyish pitch of Brano Holícek’s voice adds another dimension to his character. David’s best friend is a girl played by Lucia Culkova. While her role is a supporting one (and unlike Bruno she did not pursue an acting career later on), Lucia delivers a solid performance, making the interaction of the kids one of the film’s highpoints (their playfulness and pretend weddings are among the most memorable scenes of the film). 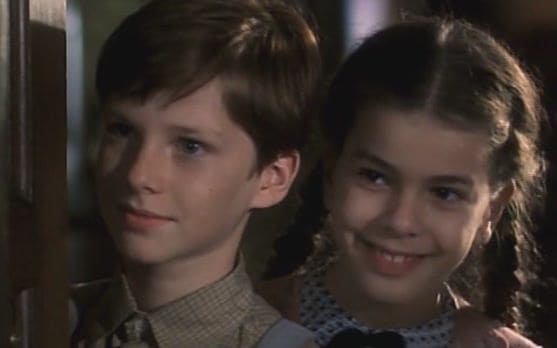 The film’s ending features BBC documentary footage from the 1998 reunion between the actual Sir Nicholas George Winton and the grown up children he rescued.  While watching this scene, I had tears rolling down my face. The story of David and his saviour touched me in a special way.  It is as if watching All My Loved Ones provided me with a Coming-of-Age experience of my own and I am positive that other people who have seen the film have had a similar experience. All My Loved Ones  at IMDB