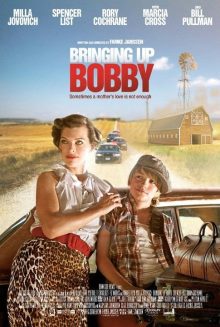 Movies are supposed to be universal – or are they? An East European myself, I believe that the story in the 2011 film Bringing Up Bobby could potentially be perceived differently by people from that part of the world versus how Americans view it.

A mother and son are the protagonists of the story.  She is a Ukrainian woman chasing the American dream alongside her son who was born in the USA.  Roads to happiness vary and she has chosen the immoral/illegal one – a con-woman, taking advantage of naïve Americans in the wilds of Oklahoma.

Wait!  Naïve Americans?  Isn’t that a cliché?  If it is, it’s by far not the only one in the movie.  A religious community filled with naïve people who would believe just about anything,  fanatics quoting the bible every chance they get, rich people with golden hearts – and the American dream itself – that’s the way many Europeans imagine life across the ocean.  Clichés and stereotypes are wrong and have the potential to ruin a movie.  But, in this case because of them, Bringing Up Bobby feels so refreshingly funny (to Europeans anyway and anyone else with sense of humor).

The first things that will impress you when you see the film will be the delightfully bright colored scenes and the amazing soundtrack. The color-filled scenes are typically a feature in European films – French and Scandinavian in particular – which is why it did not come as a surprise when I found out that the film is a Dutch co-producion and that its cinematographer, Guido van Gennep,  is also Dutch.

The soundtrack: a score that kicks in with a cover version of  Proud Mary can’t go wrong! It sets the mood – welcome to America! From this moment on, the surprises keep coming – Jazz (but of course), Country, but also beautiful ballads in Ukrainian. 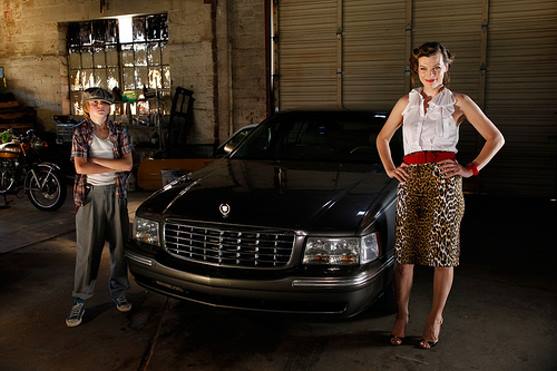 Annoying, or innocent and cute

So the film has great cinematography and a great soundtrack.  But it’s the charisma of Milla Jovovich (Olive) and young Spencer List (Bobby), in wonderful performances in the lead roles,  that will win your heart.  Milla Jovovich’s overly exaggerated character perfectly fits the image of a woman who knows what she wants and how to get it. Jovovich is herself a Ukrainian, and the actress did a terrific job sneaking in phrases in her native language. Spencer List’s nuanced portrayal of the eleven-year-old Bobby as both a spoiled brat but also, when appropriate, as a smart and vulnerable kid, is clear evidence of his acting abilities. Whether the young Bobby is perceived to be annoying, or innocent and cute, is entirely up to the viewer. I was so hoping to hear him speak in Ukrainian but, alas, that did not happen. 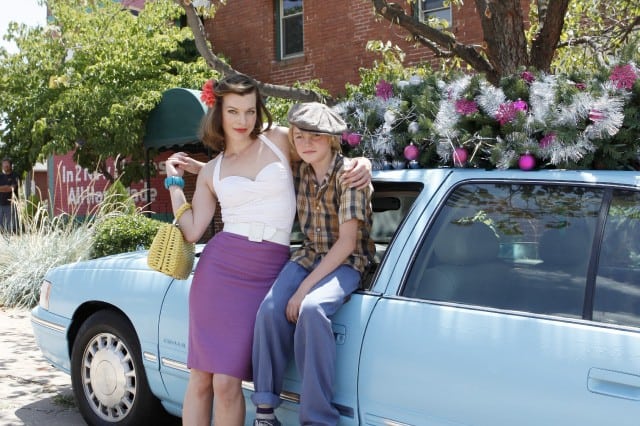 The story itself doesn’t shine with originality, but it’s entertaining never-the-less. The film is listed as a drama but, to me, it really is more of a Coming-of-Age comedy in which both the son and mother have to find a way to adjust themselves to society and its regulations.  Or, better said, the film starts as a comedy (in the style of Bonnie and Clyde) and then transforms into a Coming-of-Age drama,  losing some of its appeal along the way (I admit I liked it better before the change over).

Bringing Up Bobby failed to involve me emotionally, but evoked quite a few smiles and that’s where its appeal lies.