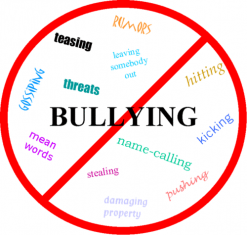 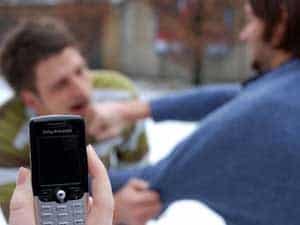 After seeing the Spanish film “Cobrades” yesterday – I felt that I need to write more on the theme of violence at schools and cruelty in general.  Some of the scenes from Cobrades showed how some beating scenes were videotaped with the mobile phones of the students. Then these clips spread around – either uploaded to some video site or sold to other students – that practice is becoming fashionable these days as confirmed by the Ukrainian documentary ” Gene of cruelty ” ( Ген жестокости) – on which I am going to focus this review.

In terms of cinematography ” Gene of cruelty”  won`t offer you something innovative – it follows the documentary templates which include sharing of several real life stories, combined with extra footage and interviews with several scholars and a focus group consisting of young children aged 6 to 20.  What makes this documentary different from the rest is the usage of a lot of visual art to demonstrate the nature of cruelty and violence,  mostly by displaying drawings of children and attempting a psychological analysis of them.

One of the explanations of child cruelty in the documentary are the films and the video games. Nothing new – you would say – yes that has been said many times before – but after a controlled experiment, it was proven that the reason behind the violence is the fact that, surrounded by so much violence from TV and films – it becomes harder for the child to feel for or care for others. Another possible explanation was that now-a-days many kids spend a lot of time online and in front of the TV screen instead of being out playing with people from their own age group. A reason for this often is that various activities such as  dancing, skating, boxing, attending the swimming pool – are usually very expensive, often unaffordable for the kids’ parents.

I think that Gene of cruelty, while not being original, is a good documentary and, if you are interested in psychology or involved in some social projects, you will benefit from seeing it. As of the moment the film is only available in the Russian language.