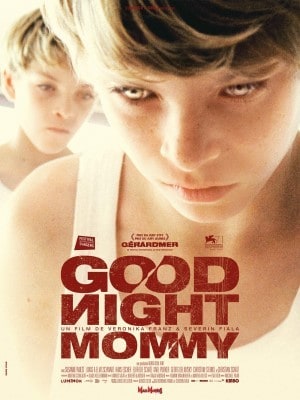 After watching a substantial number of films with somewhat similar plots, one can lose hope that an original narrative still exists out there. That is probably why I was pleasantly surprised by the abundance of plot twists and riddles offered by the Austrian directors Severin Fiala and Veronika Franz in their 2014 movie Goodnight Mommy (Original title: Ich seh, Ich seh).

The action in the film is set in an isolated, upscale home housing a family of three: identical twins Lukas and Elias (Lukas and Elias Schwarz) and their mother (Susanne Wuest). A past divorce and a subsequent accident (it isn’t entirely clear of what nature) significantly alter the otherwise harmonic life of the family. The mother had to undertake harsh facial surgery and, when she returns to her sons, her head is completely wrapped in bandages – giving her a scary appearance. And it’s not only just her physical appearance that’s changed but her complete behaviour is altered, especially towards her sons. The alteration is so significant from loving to abusive that the boys start doubting if the person wrapped in those bandages is their mother, who formerly showered them with kisses and affection.

Inevitably, reacting to the unkind demands of the mother, Lukus and Elias develop a sense of paranoia and mistrust, replacing their former carefree childhood innocence. Not able to bear the ongoing abuse that now takes a physical and a mental form, the two brothers decide to act upon their suspicion…

Until the very end (and arguably even after the final credits have rolled), one remains puzzled about the true nature of the events that have unfolded on the screen.  This uncertainty, combined with the highly charged atmosphere and suspense, keeps the viewer tense for almost the entire length of the film. It’s a riddle that one tries to solve — fitting together the pieces of information gained from the film’s protagonists’ actions and their surroundings.

Aesthetically, the film shares more common traits with the horror genre than with dramas, considering how the scenes are staged and shot. The cinematographic approach and the tense musical score give a nightmarish outlook to the setting – turning the family home into a dreadful domicile. Some scenes feature stomach-turning deeds that are sometimes shocking, making Goodnight Mommy a film that is not suitable for younger audiences and/or sensitive ones.

The gradual development of the characters, especially of the brothers Schwarz — whose fragile appearance is juxtaposed with the seriousness and determination of adulthood — introduces a Coming-of-Age motif to the narrative.

Admittedly, if you view it, the plot twists may leave you a bit confused, but you won’t even get angry. Instead of just an easy to figure out, typical gory story, you’ll be presented with one that will engage your interest and challenge your perceptions of reality and fantasy.  After all, just because something exists only in one’s mind doesn’t mean it’s not real. 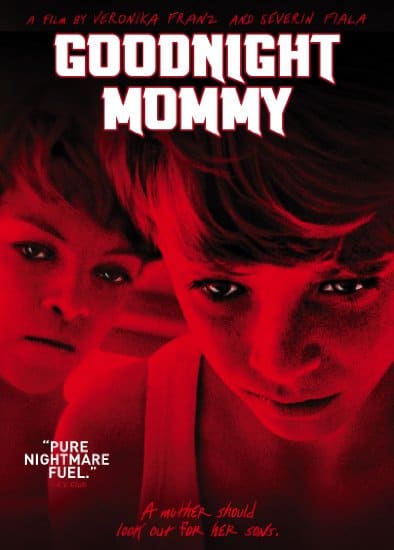 Goodnight Mommy (2014)
Watch it !
Goodnight Mommy has an abundance of plot twists and riddles presenting the viewer with a narrative that will engage your interest and challenge your perceptions of reality and fantasy.
4.8
OUR SCORE
Where to watch
On Demand at Amazon
Facebook
Twitter
WhatsApp

Goodnight Mommy has an abundance of plot twists and riddles presenting the viewer with a narrative that will engage your interest and challenge your perceptions of reality and fantasy.Goodnight Mommy (2014)
TheSKyKid.comYoung talent in the movies and the arts