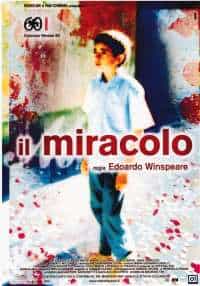 Do you believe in miracles? And, if so, would you define them as an extraordinary or an ordinary part of our lives?

Puglia , Italy. Twelve-year-old Tonio goes outside to ride his bike. Suddenly a speeding car hits the little boy. Next thing the viewer sees is the little boy struggling for his life, while the woman who drove the car rushes her companion to leave the scene of the accident as soon as possible. No one saw what happened, so no one would know….

When Tonio regains consciousness in the hospital, he remembers the light – the magnificent light guiding the souls to a better world. He is not sure what to make of these memories, but later that night, he  finds himself in a room in which a patient’s heart abruptly stops. Medics run into the room as Tonio touches the seemingly dead man.  And it happens — a miracle – the man’s heart starts beating again.

With no other explanation, the rumors start spreading.  The boy is said to have extraordinary healing powers. The mother readily believes in them,  the father is skeptical, and the local priest states that whether what has happened in the hospital is a miracle or not is difficult to ascertain. Tonio is quite confused, he doesn’t know what to believe. At his age, he should be outside playing with his friends instead of worrying and reliving the scenes at the hospital.

Eventually the rumors are overheard by a local journalist who sees in them a chance for a big story, maybe even an interview with the little boy with the saintly powers.  As the film develops, Tonio’s abilities are tested by various means, as people try to seek his help knowingly or unknowingly (as it is the case with the young woman who drove the car that hit the boy).  As the story continues, she and Tonio develop an unlikely friendship. 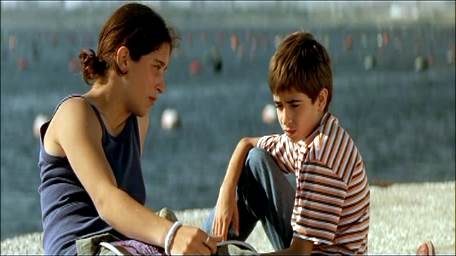 This is the premise of the 2003 Italian film Il Miracolo directed by Edoardo Winspeare.  The story in the movie, while interesting at first, fails to emotionally engage its viewers. I don’t blame that on young Claudio D’Agostino, who does a good job in the role of Tonio.  Nor do I blame the cinematography and sound, which for the most part creates a real superstitious and mysterious atmosphere.  What I do blame it on is the slow  pace in which the story develops and the somewhat weak narrative hurts the entertainment value of this Italian flick.

But, despite its shortcomings,  Il Miracolo features a substantial coming of age element with the young Tonio attempting to make sense of the world.  He develops an understanding of the real nature of miracles in his life. Yet, I will limit my recommendation only to the real hard core fans of the genre or those of you who are willing to sacrifice the enjoyment of the story in exchange for observing the creation of a mystical atmosphere through skillful camera work and well selected accompanying music. 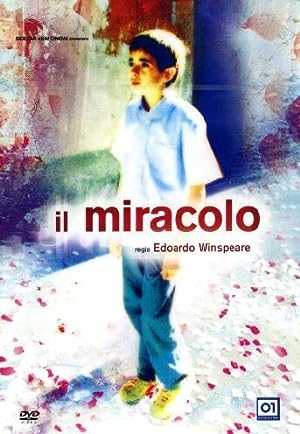 Il miracolo (2003)
92 min|Drama|05 Sep 2003
6.5Rating: 6.5 / 10 from 198 users
Tonio is a 12 year old boy who one day gets run over by a car. Before he loses his senses, Tonio sees something which will change his life. When he wakes from the coma in the hospital, he casually comes into contact with a man who…
Director: Edoardo Winspeare
Creator: Giorgia Cecere, Pierpaolo Pirone
Actors: Carlo Bruni, Stefania Casciaro, Ippolito Chiariello
Previous articleCowboy Angels (2006)
Next articleThe Stone Boy (1984)