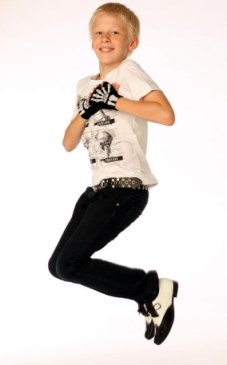 As much as one tries, keeping track  of  all that’s happening in the world of young talents is a challenging task. Yet, with the help of some friends, things get easier.  Thanks to a message received on Twitter, we are able to introduce another rising star — 12-year-old Laurin Greiter from Austria. One great discovery led to others   – the Kiddy Contest on the Nickelodeon TV channel,  on which Laurin reached the final stage this year, and the Sing and Win Contest, on which Laurin earned first place in three consecutive years.

He says that his music idols are Michael Jackson, Green Day, and Red Hot Chili Peppers. Out of the videos available there (and on YouTube), we decided to showcase his performance of Aerosmith‘s    I Don’t Wanna Miss a Thing.