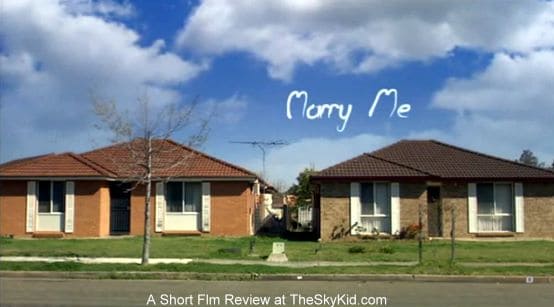 Marry Me is a heartwarming short story written and directed by Michelle Lehman. It tells the story of a young girl who has a crush on a boy and is determined to marry him. Childhood love is the most beautiful thing ever, and so is this film. Marry Me portrays a girl who is madly in love with her younger neighbour Jason. But at six years old, a boy is interested in everything BUT girls!!  He has other ideas of spending his time – following the bigger boys while trying to tune up his bike and become a real pro.

She tries everything to get noticed by him. She tries to spend a lot of time with him, but he doesn’t care. He wants to grow up to be like the older boys, and he doesn’t see what she is doing for him. Does he love his bike? Fine! So she learns how to bike without the trails (training wheels)! In the story, you see her growing up. She’s making a lot of progress but fails to get his attention until the moment she can jump the springboard. This performance impresses Jason, who is still unable to do it. 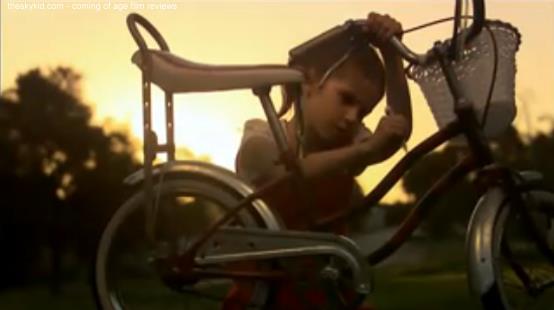 Determination pays.  And she gets what she wants! Considering the age of the actors, it’s quite possible that they did not even have to get into a role – as at that age the attitude of boys towards girls ( and vice versa ) is pretty much the same all over the world. The film involves some symbolism and gender stereotypes, such as the distinction between girlish and boyish colours (pink versus blue and green) and what sacrifices one can make for love (like trying to change the colour of your bike so it can appear more appealing to the one you have a crush on).

When I watched it, I thought it was an old movie from the ’80s, like a flashback of how life was when we were young. This short film reminded me of when I was in elementary school. The girls played far from the boys, and nobody wanted to be associated with the other gender.  When there was a couple, it was a significant event in the playground!  Marry Me makes me think of my young days with nostalgia. It is very well done.

The directing of the film is exceptional, which comes as no surprise if we take into account that Director Michelle Lehman specialised in kids photography before involving herself with the cine. The camera movement is smooth, slow motion and close-ups scenes are used for emphasis, and the focus is sharp — effectively blurring the background and showcasing the beautiful expressions of the film’s leads, Ryan Fitzpatrick and Jahla Bryant. 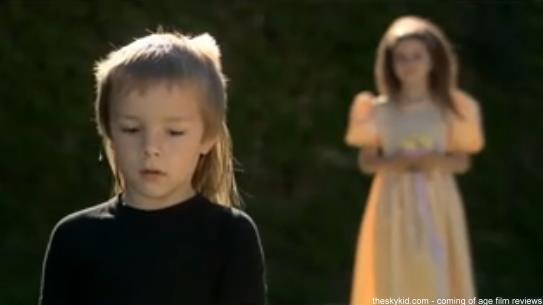 In an interview, Michelle says:

“I’d like to move out of photography, which is the job I do to support my filmmaking,” she says. “I’d love to do TV commercials, and I’d love to do kids’ films.” [1]

She describes her film, Marry Me, as a story: “…based in the ’80s and it’s about a little girl who wants to marry a little boy and he just wants to play with his BMX bike “[2]

Not surprisingly, Marry Me is inspired by a true story based on her childhood experiences.

Marry Me won the 2008 Tropfest festival (the largest short film festival in the world).

Marry Me ( 2008 ) is a joint review of skykid and Shane Foxx ( you can find Shane at his YouTube channel, and while you are there, don’t forget to subscribe to his videos )