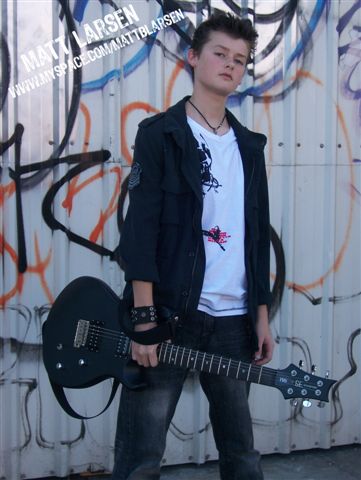 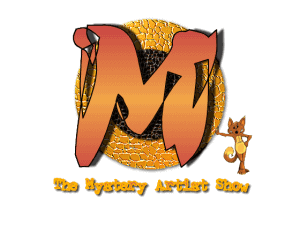 I had only heard The Skykid.com Radio a few times when I thought to myself that he needed more of a variety for the station.  As I thought about this, several ideas came to mind based on shows that some of my local radio stations had. So I sat down and put together a demo show, recording  using my cell phone since I didn’t have a mic at the time.  To my surprise, Skykid loved the idea and wanted to know if I’d like to do more.  I was just trying to be helpful and come up with some new ideas and didn’t really expect to get into the radio business.

After doing a few shows, I wanted to add something new.  Well, I knew Skykid was doing written interviews with artists so I thought….“hey why can’t I do that?” and that way it would make The Mystery Artist show seem more like a live show.  A few days before that, I had received an email from Matt Larsen about a new video that he had uploaded. So I thought this was as good a place as any to start and sent Matt an email.  Here are the emails we sent back and forth and the entire show.

Hello and welcome to a very special edition of the Mystery Artist Show.  Thanks to technology today, I’ve been able to correspond back and forth with the mystery artist and he has agreed to record his responses to some questions that I have prepared for him.  So, since the show is recorded, it will appear as though the mystery artist is here with me.  Also our mystery artist will be introducing himself.  So, without further ado, here is today’s mystery artist:

“Matt Larsen is an exciting, award winning singer/songwriter from Perth, Western Australia and was born in 1994. His ability to create hook laden melodies and foot tapping rhythms, combined with meaningful lyrics, has won him wide critical acclaim. As a solo acoustic act, Matt consistently forms strong connections with his audience through live performances that are full of energy and passion. His style is best described as guitar driven indie pop/rock and has been compared to the likes of Ben Lee, Alex Lloyd and Bob Evans.”

Matt : Hello everyone, this is Matt Larsen, and you’re listening to The Mystery Artist Show on The Skykid.com Radio and — mystery solved — I’m the artist today.

Jeffrey : Matt, when did you start singing?

Matt : I started singing around about the same time I started playing guitar.  I was about 9 years old, but I kinda started properly singing when I was about 11, when I wrote my first song called No One To Blame.

Jeffrey : Is there any advice you’d like to give any others such as yourself who are just starting out?

Matt : I think the best advice is to just keep going no matter what anyone says. I mean, you’re always going to get people to tell you you aren’t good enough.  If you really love your music, it’s all worth it, trust me, it really is.

Well, it’s obvious Matt loves to sing and hasn’t listened to anyone trying to deter him from his goals.  In 2006, he won the West Australian Music Industry (WAMI) Song of the Year (Primary Category) with his song Free and was the youngest artist ever to reach the grand finals of the “Step-up-Live” original songwriters competition in Fremantle.  In 2007, he released his debut album Undeniable in which he wrote, performed & recorded all the instruments & vocals himself. Three songs from Matt’s CD reached 4th, 5th and 8th respectively in the  Australian Songwriters Association (ASA) National Song writing Contest (Youth Category), performing at both the Garage Kids Rock Festival and as an emerging artist at the West Coast Blues and Roots Festival in Perth. He performed live on Perth’s Access 31 TV station, 89.7FM and 95.3FM radio stations.  In 2008, he was nominated finalist in the ASA National Songwriters Contest (Youth Category), West Australian Music Industry (WAMI) Song of the Year (Lower Secondary Category) and the NAB National Song writing Competition (Youth Category) for his song Everything to Me. He also performed as the guest artist at the West Coast Song Fest and Wanneroo Show, backed by a 650 member choir.

Jeffrey : Matt, it’s obvious that you play other instruments besides the guitar. What else do you play?

Matt : Yea I do.  I play bass and drums.  I also play keyboards, but I’m not formally trained for that.   I just make up little melodies here and there.

Jeffrey : That’s cool.  What do your friends and school mates think of your success?

Matt : Ah, they’re really supportive and they have a lot of fun together playing on drum sets, filming video clips…yeah they’re great.

Jeffrey : Do you hope to make it big one day or are you just happy doing local shows and contests?

Matt : Yeah. It’d be great to make it big some day — make a career out of music. But at the same time, you know, it’s still great fun doing local gigs and writing songs and recording.  It’s all good.  As long as I’m doing something with music, I’m happy.

Earlier in the year, Matt traveled to Sydney, Australia where he was nominated for a National Musicoz Award.  Unfortunately he didn’t win, but that’s the way life goes.  Sometimes you win and sometimes you don’t.  Any artist who’s in the business, whether it’s entertainment or whether it’s acting, knows you don’t always win the awards.

Jeffrey : Ok Matt, in your song Giving In, you’re constantly mentioning “kiss me” and in your song Standing In Your Window, you talk about breaking up.  Well, I’m sure a lot of our young female listeners would like to know if you currently have a girlfriend?

Matt : Hehehe.  No I don’t have a girlfriend at the moment.  Just lots of friends.

Jeffrey : Is there anything you would like to add?

Matt : Nah, just  thanks so much for having me on the show.  I really appreciate it.

Jeffrey : I would like to thank you, Matt, for taking the time out of your busy schedule to be here on the show with us today.

If you would like to continue to follow Matt’s career, then you can go to his MySpace or his YouTube page where he has videos of songs that he has sung and also videos from concerts that he has done. Or, you can go to his official website which is mattlarsenmusic.com. Now under normal circumstances I wouldn’t do this, but since this is my first show like this, I am going to let Matt Larsen introduce his favorite song and we are going to let that song lead us out of the show.  So remember, stay young and we’ll see you next time…

Matt : This is Matt Larsen and you’re listening to my favorite song Electrical Storm by U2.

Jeffrey: After seeing what Matt goes through in the way of emails, I was really surprised that he took the time to go through each and every one of them. Otherwise, he would have never seen my emails and therefore would not have done the show.  I am honored and grateful that he took the time out of his very busy schedule to do the show.  From what I’ve seen in his videos and the way that he answered my questions, I can tell that he is a down-to-earth, respectful young man with maybe a little wild streak from time to time.  I hope that I will have the pleasure of working with Matt again sometime in the near future.