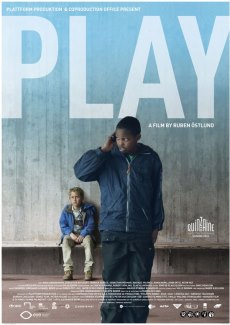 Every once in a while, I stumble upon truly provocative films. A majority of them usually come from either Scandinavian countries or Scandinavian directors. The Swedish movie Play, directed by Ruben Östlund,  made a huge impression on me with its objective (and quite realistic ) portrayal of  the rite of passage experiences of three young Swedish boys who become victims of intimidation and psychological bullying by four black boys (likely immigrants) who are just few years older.

The action takes place in the second largest city of Sweden, Gothenburg, and the film is shot on location making use of all the prolific backdrops that an urban environment can offer (from malls and public transportation to construction sites and playgrounds).

The film is quite unsettling as, while watching it, one becomes aware of the stereotypes that society has imposed upon us from early childhood, making us perceive certain groups of people differently because of their skin color, social status or age. Play clearly demonstrates that not only do such stereotypes exist but are realized by the people who happen to fall in one or another category and are sometimes exploited by the stigmatized persons.

The camerawork in the film is quite unique.  Most of the time the camera is steady, fixed on a certain space in which the action may be occurring. More often than not, the action takes place off screen. And almost all the time, the action was shot in long takes — the focus almost always deep as if the Director wanted to make sure that you will never be forced to concentrate on a specific action of a character.  Instead, the viewer is free to wander around the scenes picking one’s own subject of attention, be that the general life of the Swedish society, the young protagonists of the story or the adults that were almost always passive witnesses while ignoring everything that does not affect their own persona. 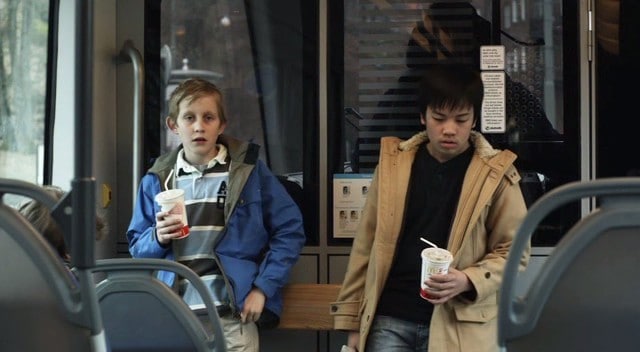 Most of the adults in the film choose to ignore the scenes they witness or choose not to intervene.   While watching the scenes, I was put in a similar position.  On the one side I felt like I should intervene (an impossible thing for someone who is only watching a film).  Yet, at the same time, I felt equally intimidated as the young victims in the film.  That passive reluctance was typical for the adults I observed on the screen. 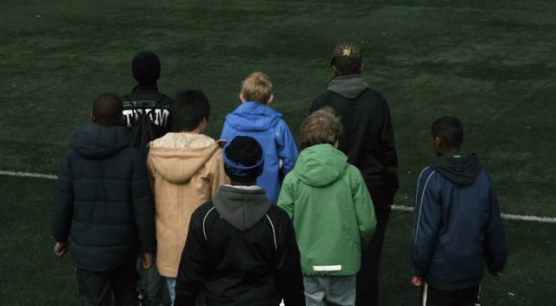 In addition to the fixed camera and long takes, the camera was almost always placed a significant distance from the characters in the film, as if the Director wanted to further emphasize their vulnerability. A secondary story line of a forgotten/misplaced cradle is introduced through cross cuts and, while I failed to understand how it related to the main story, it did provide a much-needed relief from the tension and anxiety that gradually built up — not only in the young viewers on screen, but on the viewer’s senses as well. 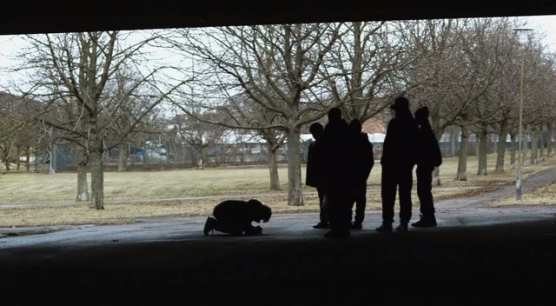 Play (2001 ) – long shots are used frequently throughout the movie

The film ended quite abruptly, without a real closure, which was disappointing — even though I understand the Director wanted the film to end the way it did so as to further boost  the association with the story on screen and in real life.

I found the story of Play very provocative and even though at film’s end I was left with more questions than answers, I appreciated the way the story played on my mind – raising those questions. As soon as the final credits rolled, I felt the need to discuss what I had just seen and experienced. It is not that the story is so unique (I would argue that many stories just like the one portrayed in Play occur multiple times each day in almost all big cities).  Such stories usually concern only the persons directly involved or affected – until a film like Play comes along… 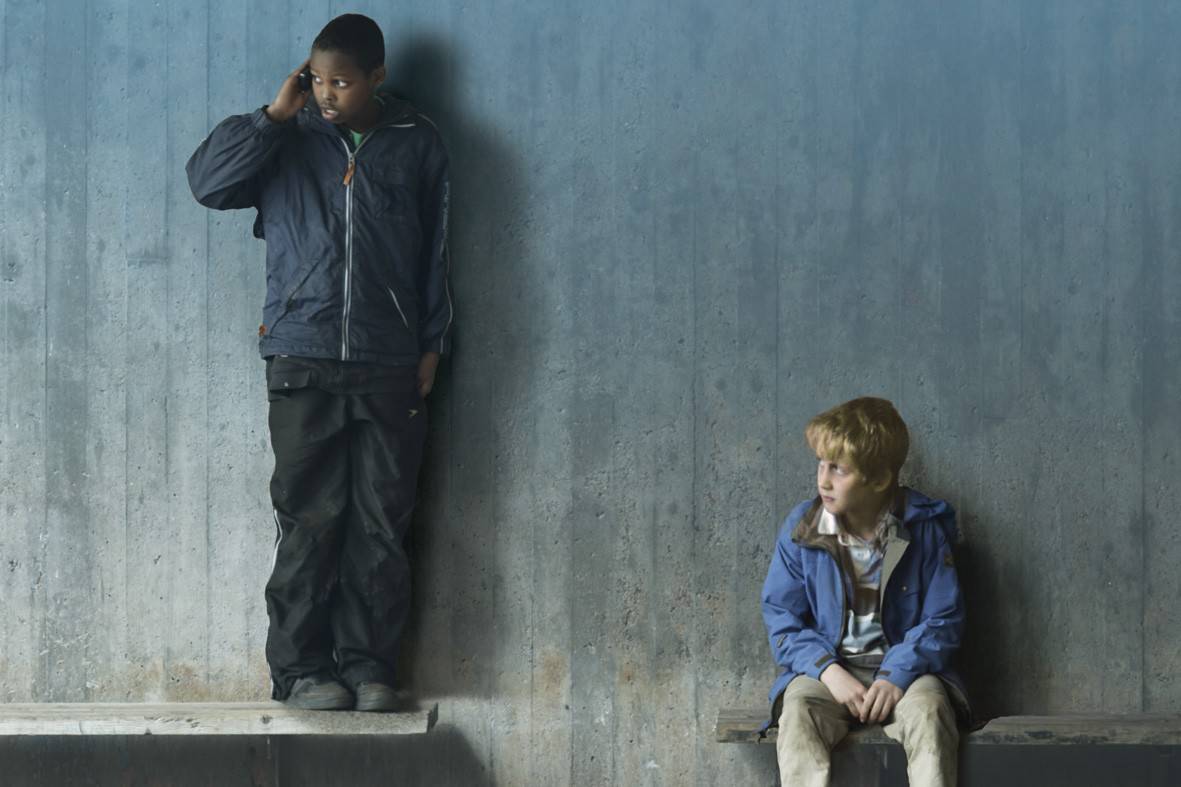 Play (2011)
In short
Play (2011) is a provocative film, which may leave the viewer with more questions than answers.
5
OUR SCORE
Get the DVD
Amazon
Facebook
Twitter
WhatsApp

Play (2011) is a provocative film, which may leave the viewer with more questions than answers.Play (2011)
TheSKyKid.comYoung talent in the movies and the arts