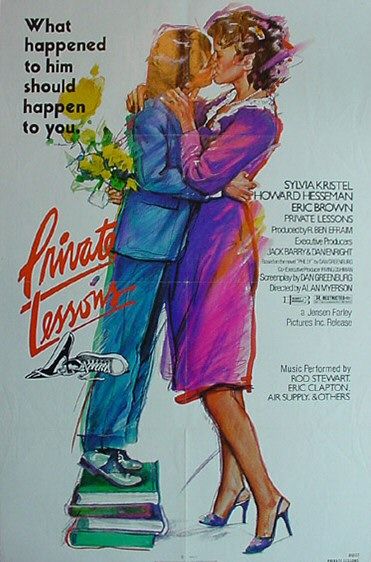 Private lessons is a nice and funny film which would be enjoyed by anyone who remembers his first crushes and emotions. Almost too provocative – for an American comedy that is – it seems to be an early version of the American Pie series , but with a special twist. ( a reverse version of Lolita may be).

It sure brought some memories to me – I must have had the same smile Philly had in the movie , or being equally nervous when one of my ex-girlfriends ( not that they are too many) once asked me ” Are you sure – this is the first time you are French-kissing with a girl ? ” or a bit latter ” You better stop , because I start feeling all tingly ” – well for one thing I truly did not really know what I was doing or was supposed to do back then . Or when me and my teammates from the swimming team hided behind the bushes or climbed the trees – just to get a glimpse on the girl`s locker room – and ended up getting caught by our trainer eventually.

Private lessons brought back memory of my confused youth life ( not that it is bright and clear now – the life and love in it that is ). It is a fine coming of age movie and I enjoyed watching it. Most people between 12 and 30 would enjoy the movie – as it would be easy for them to associate the feelings / desiresof the main characters with their own .