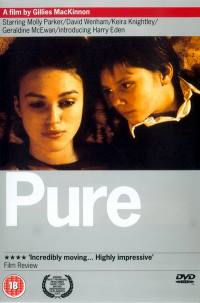 I’m not sure what made me pick this film for my DVD collection. Maybe it was that the cover looked promising –  a simplified design usually associated with the drama genre and a face that looked familiar.  It was the actor Harry Eden’s face, who I remember for his roles in The Lazarus Child and Polanski‘s adaptation of Oliver Twist. At first, I didn’t realize that Pure was the very first feature film the young actor starred in, but then the opening credits announced: “and introducing Harry Eden.”  That’s when I knew that I had made the right choice.

Pure’s action occurs in East London, where the ten-year-old Paul (the central character in the film) lives with his younger brother and mother. After his father’s death, Paul looks after his mother – taking care of the cooking, the shopping, the washing and, when she needs it, he even helps her prepare the “medicine” that their  “Uncle” Lenny brings her when he comes over. Little does Paul know that this “medicine” makes his mother an addict, a junkie as the older children don’t hesitate to call her. Paul doesn’t know what a junkie means being, but he refuses to accept that his mother is one – until things get out of control when he finds out from a family friend.  When the person who explained to him what’s behind the slang term dies from an overdose, Paul realizes that his mother has been lying to him. He confronts his mother and makes her promise that she will ” give it up, stop using it. ”  He promises her that he will be there for her no matter how hard it might get. But will they manage? Will Paul’s mother ever be Pure again.

At its core, Pure is a powerful and heart-wrenching coming of age drama. The story is told from the young Paul’s point of view, who witnesses the horrible consequences of drug usage and the hardship of withdrawal. The film has received an R rating because of the controversial subject matter – something I can’t fully agree with. While some of the scenes can be clearly labelled as disturbing,  the film’s message has the potential of reaching far more young people than any school lecture ever will (those are usually ridiculed by high school students anyway).

The soundtrack of the film is brilliantly conceived. Sometimes, when you watch a film, the music chosen to accompany the scenes can feel out of place or totally inappropriate or distracting. But in Pure, the music score does what it’s supposed to do –  enhance the visual experience by adding emotion and rhythm to a film. The mixture of orchestral strums and drum ‘n’ bass tracks exemplify the real purpose of using music to accompany the scenes on screen. The last time I was so impressed with the music score was when I watched Ivan Noel`s En Tu Ausencia ). 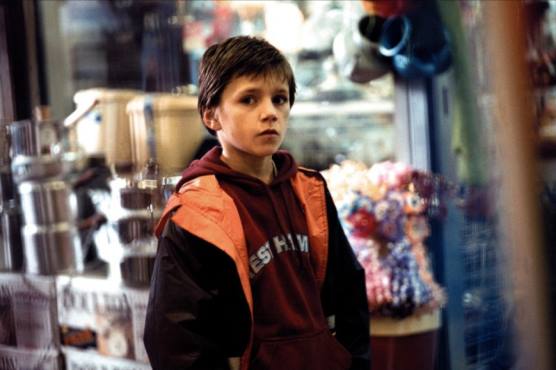 When it comes to the actors – though all deliver good performances, the real star is the young Harry Eden, who, as noted earlier, debuted in a lead role in this film. Young Mr. Eden outperforms many actors with years and years of experience in front of the camera. There are no flaws in his acting. His facial expressions (especially his eyes) convey a whole range of human emotions, which, in turn, brings honesty and realism to his portrayal of the young Paul. It’s young talents like Harry Eden who bring real magic to the coming of age genre,  regardless of whether they are starring in entertaining adventure or fantasy films or powerful dramas with a social message like  Pure. Harry Eden’s performance will leave a long-lasting impression on anyone who sees him in Pure, and you will likely seek out the other films in which he stars. 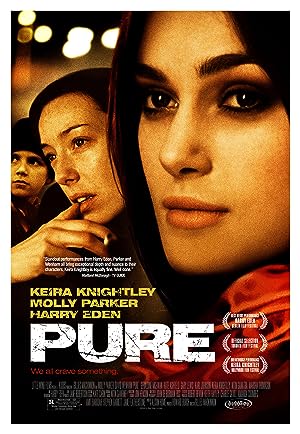 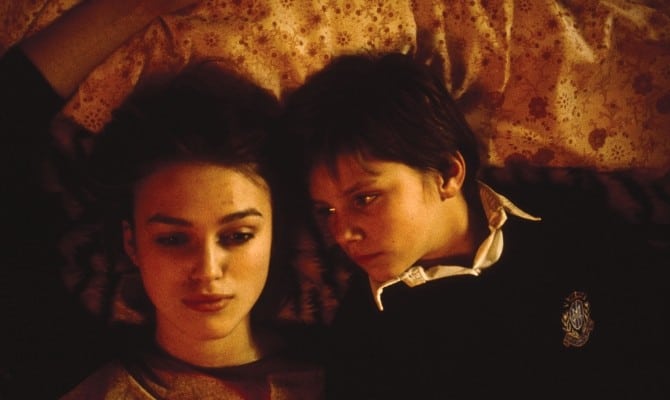