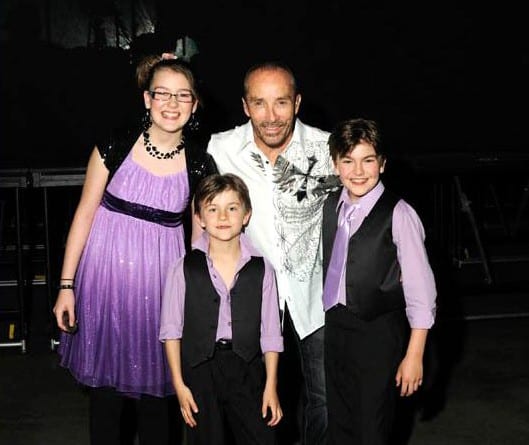 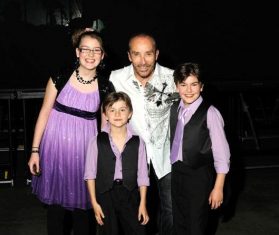 Since first introducing The Wright Kids on my site on June 18, 2010, they have been staying very busy doing live shows, concerts, television appearances and just enjoying  summer vacation like everyone else their age.  One of their live appearances included a benefit concert for the Roanoke Professional Firefighters Association on Friday, May 7th where they opened for Country Star Lee Greenwood.

If you have not yet met The Wright Kids you are in for a real treat! These kids are more than just young prodigies of music, but wonderful young personalities whom I was privileged to have an exclusive interview with only a few days ago!

Sage is the oldest of the sibling group at 14, Baruch 11, Levi  8  and little sister, Selah, who recently joined the group at just 5, makes up the most talented young sibling Bluegrass singing group in the US. The oldest three have been performing as a trio for almost 4 years.  Since their first appearance at the Galax Fiddlers’ Convention in 2006, they have appeared on stage numerous times with their largest audience of viewers being on America’s Got Talent in 2008.

I know you will enjoy what is to follow as it is a transcript of an audio interview which will also be aired on The Skykid.com Radio on Sunday,  September 5th.  Be watching for the announcement of that airing right here on this website and on Rivenmaster.com.

Rivenmaster: While many siblings are busy doing their own things you have done just the opposite, forming a fantastic sibling singing group!  What gave you the inspiration and idea of starting to sing together as a group?

Baruch: Well when Levi started singing a third part we decided to compete in the youth band competition at The Galax Old time Fiddlers Convention, and it’s actually the largest and oldest fiddlers convention in the world.

Sage: and also we sang You Are My Sunshine and won first place in the Youth Band Competition.

Levi: and that was surprisingly great! 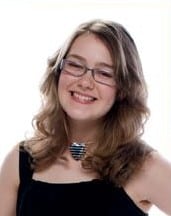 Rivenmaster: I, like most of America, first discovered you on America’s Got Talent.  What was that experience like for you?

Baruch: Well, it was really exciting to be on live television…

Sage: and it was definitely a once in a lifetime experience and now, thanks to that, we’re playing all kinds of different places a lot…

Levi: different genre’s and all kinds of different stuff…

Baruch: Yes, it opened up all kinds of doors and we’re just really happy that happened!

Rivenmaster: Would you say that was the greatest experience thus far for you?

Baruch: Yes, I don’t think there has been anything that has overpowered that! 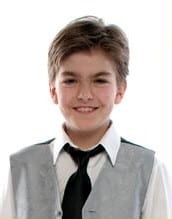 ivenmaster: One cannot help but notice how well you all play your instruments and sing. Do any of you take music lessons and for what instruments?

Selah: I take Drums too!

Rivenmaster: Wow! That’s a lot of lessons what’s that like?

Baruch: Well, it’s kind of challenging sometimes cuz you really gotta work hard cuz you gotta have a lot of practice and keep it going and be ready for the next lesson…..

Levi: and it’s kinda like tough to go from one step, then the next lesson you’re several steps above, then from that lesson it’s even tougher to go several steps higher.

Baruch: Ya and then, before you know it, you’re playing and sometimes singing like almost a pro. 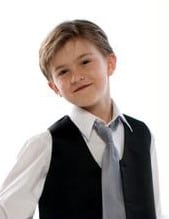 Rivenmaster: Lessons are difficult to keep up with. I had trombone lessons when I was your age and I remember just how much practice it took to perfect my skill.  Keep up the great work guys!  ……  What celebrity or youth artist have you enjoyed meeting and why?

Baruch: Well, I think in California, when we were doing America’s Got Talent, we all really enjoyed meeting Jerry Springer and he was really really nice and………

Levi: he said we’d keep in touch.  And then, like a year after America’s Got Talent, he came to Pop’s Ice Cream and Soda Shop. But we had no clue at all because mom and dad were hiding the newspaper clippings from us so we didn’t have any idea he was commin!

Baruch: Ya and we were actually out in California living in a hotel for almost a month! 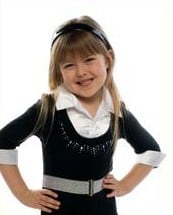 Rivenmaster: Wow that’s a long time to be away from home, isn’t it?  What do each of you enjoy doing when you’re not doing music?

Baruch: Well, I really enjoy bike riding and we’re on the swim team at our local YMCA and I also enjoy making clubs outside.

Levi: I really enjoy playing with my car set.  I like to make a little track in the dirt then add on parts to it and it’s really fun!

Sage: Probably some of my favorite things to do would be as Baruch said, me and him are on the swim team and I also like to read books and ride my bike.

Selah: Well, what I like to do is set up the tent, which is already set up right now, and I also like to go swimming and ride my bike.

Rivenmaster: That all sound like loads of fun!  What are some of your favorite movies, books, foods or other forms of entertainment?

Baruch: Some of my favorites: I like to collect a bunch of key chains and I have like a big bag full of ’em. I’ve been collecting them so long!

Baruch: Well, my favorite food is definitely pizza — I like Italian food. I don’t really have a favorite movie; I like all kinds of movies. My favorite book series is: A Series of Unfortunate Events.

Sage: I think my favorite food, like single dish, is Macaroni and Cheese, but I like a lot of other stuff too.  Probably my favorite books are The Hardy Boys and also there is a good series called Sugar Creek Gang.  For movies, I like action packed or funny, stuff like that!

Rivenmaster: Let’s talk a little about your CD.  You guys have produced one so far, which I have a link to on my website and is available for sale on CD BABY. Do you have plans to do a second CD?

Baruch: Hopefully we will have another CD out soon.

Baruch: It was at the Salem Civic Center and we were opening for Lee Greenwood!

Sage: There were a lot of people and they really gave it up for us, the crowd, and it was cool getting to meet Lee Greenwood.  He’s a nice guy!

Rivenmaster: How do you like Lee’s song, God Bless the USA?

Baruch: Oh, it’s like one of my favorite songs!

Rivenmaster: What do you see in the future for your group?

Sage: Ya definitely continuing our group and traveling around doing stuff like festivals and such. Meeting new people and going new places and stuff like that.

Rivenmaster: So you want to do this forever or do you have some other types of career ideas when you become adults?

Rivenmaster: You guys are just too funny!  Thanks so much for taking the time to interview with us today and we hope to have you back real soon once your new Single and DVD is released.  Be sure to keep in touch.

Rivenmaster Place has become the global home to young unsigned treble singers, aspiring young actors and talented youth.  Each week a youngster from various parts of the world is featured and sometimes introduced to the world for the first time!  You will enjoy outstanding articles that are derived from speaking directly to the parent of the child and also personal interviews with the young celebrity. Many young people have been given even greater opportunity to expand their careers due to the dedication and effort of this site!  For more information visit: Rivenmaster’s Place. Or write to: writemeone@hotmail.com