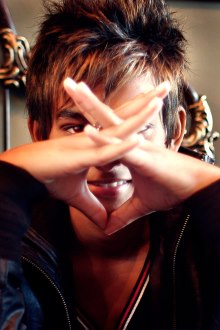 The Mystery Artist Show is a weekly program on TheSkyKid.com Radio. Each week Jeffrey, the program’s host, introduces a young artist. In June of 2012, TheSkyKid.com radio aired an exclusive interview (conducted by Jeffrey) with Yatharth Ratnum – a promising young singer and performer from the holy city of Varanasi, in the north-east of India. He was first introduced on TheSkyKid.com in 2009. In June 2010 we featured an exclusive interview with him following his recognition as Outstanding International Vocalist at the 31st Annual Young Artist Awards.

Note: This publication is a transcription of the original interview aired on TheSkyKid.com radio. The clip included below features the whole interview and snippets of the songs that were played during the live broadcast.  In this transcript, “TMAS” will represent the questions posed by the Mystery Artist’s Show and “YR” will be Yathart’s answers.  Jeffrey has also provided some post interview commentary that was not part of the interview as aired, but rather represent his impressions of the interview after the fact.  Those comments will be shown as “Jeffrey“.

Jeffrey:  Today’s Mystery Artist is none other than 15-year-old Yatharth Ratnum from India. Yatharth is best known for his performances on India’s “Lil’ Champs” and, because of that, he has signed with the Osbrink Agency in L.A. He has been traveling back and forth recording his debut EP, which is out now. He has also been busy filming a movie back in Bollywood. I just barely did catch Yatharth in time to be able to do the interview before he headed back to India to work on the movie.

TMAS: I couldn’t help but notice that a lot of people from India I’ve met are vegetarians.  Since the cow is sacred in your country, is it pretty much the norm for people to be vegetarians?

YR: Yes.  A lot of people in India are vegetarians; maybe because it’s not in fashion. They like eating vegetarian food and they avoid eating meat.  So yeah, most of the people are vegetarians.

TMAS: From watching your performances and those of other kids, I couldn’t help but notice that, when singing more traditional songs, you tend to use hand movements when singing. Is there any kind of significance to this?

YR: Well, as you know, the classical Indian music is not dance music.  So when they’re sitting or standing and singing, they lift with their hands so that they can kind of express their beats and their emotions through hands. That’s why they tend to use their hands while singing any traditional songs.

Jeremy:  Part of being on the show “Lil’ Champs” also included touring parts of the world,  but that did not include America.

TMAS: Were you disappointed that the tour didn’t come to America?

YR: The tour went to South America and the Caribbean and other places. I missed America because I really love it here and have a lot of American-Indian fans.  So it was kind of disappointing.

Jeremy:  The show caught the eye of the “Young Artist Awards” in California and Yatharth was awarded “Outstanding International Vocalist” in 2010.

TMAS: What was it like when you were told that you had won the Outstanding International Vocalist award and that you would be able to visit Hollywood?

YR: Oh, I was extremely excited. It was my first time being in Hollywood. It was so awesome. It will be a memory I’m always going to cherish thanks to the “Young Artist Awards”.

TMAS: How did you manage to sign with the Osbrink Agency in Los Angeles?

YR: I would just advise them to just listen to your heart and do whatever you want. Don’t neglect studies of course. Make sure that no one is pushing you for what you’re doing.  Just take it easy and everyone can make it.

TMAS: Is there anything in particular that inspired you to write the songs you’ve written or did they just come to you?

YR: Writing songs has always been fun because I usually write what’s really happening in my life.  So I guess you can say that they just come to me. I use my memories and my real life experiences to write my songs.  So it’s kind of fun. 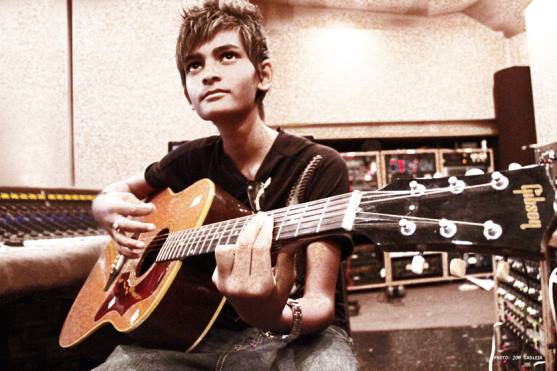 TMAS: What was it like co-writing two songs with Matt Harris?

Jeremy:  I have to say that I absolutely love the way he incorporated some of the Indian sound into some of his songs. By doing this, Yatharth is still keeping in touch with his Indian heritage even though the songs are more modern in general. 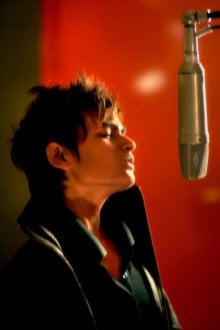 TMAS: I understand that you’ve just finished recording a big music video. Which song was chosen for the video, who produced it and who co-stars with you in the video?

YR: Yes,  it was a really big music video. We made it for the song I Love You for my new album Yatharth. It was so amazing to shoot this. John Sadlier is a British producer and director and he managed to get a bunch of people who helped us in making this video. As a co-star I got Fivel Stewart. She’s a really well-known actress. It was a really cool combination and I can’t wait for my fans to see it.

TMAS: Yatharth is currently busy acting and singing in his first feature film (the title and his co-stars are currently under wraps).  Is there anything you can tell us about the film other than it’s about a country boy who makes it big in Bollywood?

YR: Yes. I’m shooting a Bollywood film and it’s a really cool film because I get to sing and act. It’s my debut, so it’s really amazing. It’s about a guy who accidently falls into a reality show and he somehow makes it big. I can’t tell you everything, but it’s a cool story. I’m really excited for you guys to see it.

TMAS: Can you give us a general idea when it might be coming out?

YR: It might come late in the year, which is cool.

TMAS: I really appreciate you taking the time out of your busy schedule to do the interview with me. Is there anything else you’d like to add before we go?

YR: I want to tell everyone that I just recorded a new single for this summer. It’s going to come out soon, so everyone just watch out for it. It’s a happy song and I hope you guys like it. Thanks a lot for having me.

We encourage you to visit Yathart`s YouTube Chanel and the introductory article about him titled Yatharth Ratnum India’s Young Artist On The Rise! at RivenMaster.com . More interviews conducted by Jeffrey are available on TheSkyKid.com and the show page at TheSkyKid.com radio website.