Simon Says Goodbye To His Foreskin (2015)

“For everything in life there is a replacement. …but not for first love.” 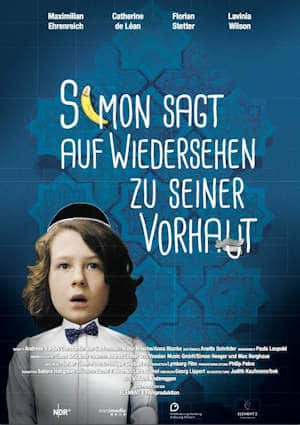 It’s not every day that one stumbles upon a refreshingly funny and poignant film like Viviane Andereggen’s film Simon Says Goodbye To His Foreskin (Original title: Simon sagt ‘Auf Wiedersehen’ zu seiner Vorhaut). Nor is it common to have a movie with a story in which one’s foreskin (to be precise — the process of its removal also known as circumcision) is such a pivotal plot element. Intriguingly enough, a few days after the trailer of the 2015 German film boosted my expectations, I stumbled upon a series of messages on Twitter that were anti-circumcision, while others advocated the procedure.  That made me realize its become a big issue and made me even more anxious to watch the film itself.

Simon’s parents already live separately, and still, when the subject of circumcision is introduced, they get into heated arguments. It becomes so insane that, at one point, the poor pre-teen interrupts them with:

“I can decide for myself. It’s my penis.”

But to make sure their son makes the right choice, each parent employs a different strategy  — ranging from calm yet insistent talks — to bringing Simon to a support group session  with the peculiar title “victims of genital mutilation.” To complicate things even further, Simon falls in love – for the very first time — with his new Rabbi, a beautiful woman called Rebecca (Catherine De Léan).

My exposure to the Jewish culture is somewhat limited; a great pal on Twitter, a former classmate and the music of The Yeshiva Boys Choir constitutes all of my knowledge about being Jewish, outside of knowledge gathered from books and movies.  In a way, Simon Says Goodbye To His Foreskin was a real eye-opener, and I’m positive one can learn a lot from it while, at the same time, being wholesomely entertained.

I can say quite a few good things about the film, starting with editing (flashback and cut scenes are present in abundance), which introduces a whole new level of dynamic to the story, making it both engaging and funky. Simon Says Goodbye To His Foreskin is a movie that will bring a guaranteed smile to your face. No, that’s stating it too mildly. The happenings in this film are so funny you will laugh your hearts out.

The score is suitable while not imposing. But what impressed me most was the incredible acting performance of the young Maximilian Ehrenreich in the role of Simon. While the entire cast performed well, Maximilian’s expressions, ease and sincerity resulted in a poignant portrayal of a confused youngster. As much of the story is told from the viewpoint of Simon, its young protagonist, one comes to appreciate the talent of an actor who makes associating with and caring about the hero a real easy task.

Favourite scene: the recitation of a love poem in Hebrew.

An undisputed Coming-of-Age movie, Simon Says Goodbye To His Foreskin, has a plot featuring a lot of motifs common in other films belonging to the genre: first love, a dysfunctional family, boastful friends, confusion, self-discovery and a desire to belong. The young protagonist struggles to make sense of it all and make things right. Yet, for all that, the story remains devoid of clichés.

I find this movie ingenious in so many ways: from its original narrative, how it addresses the tribulations of Coming-of-Age without pretence, the incredible cast, the superb directing, and precise editing. It’s engaging, inspiring, and so much more. I  loved this film and so will you. 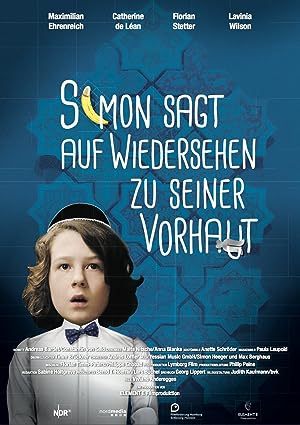 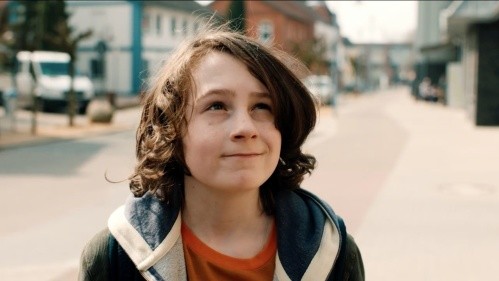 Simon says goodbye to his foreskin (2015)
In short
A Coming-of-Age film without false pretense, with an incredible cast, great directing, and precise editing. It's engaging, inspiring and so much more.
5
OUR RATING
WHERE TO GET
AMAZON
Previous articleDix et demi (2010)
Next articleThe Interrogation of Michael Crowe

Facebook
Twitter
WhatsApp
A Coming-of-Age film without false pretense, with an incredible cast, great directing, and precise editing. It's engaging, inspiring and so much more.GeorgiSimon Says Goodbye To His Foreskin (2015)
TheSKyKid.comYoung talent in the movies and the arts