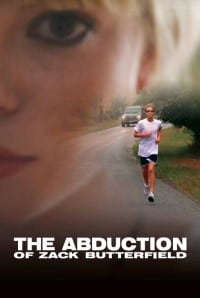 The Abduction of Zack Butterfield (2011)

In the past, the TheSkyKid.com has done several articles related to a movie called The Last Days of April. Included were interviews with Producer/Screenwriter Stephen Ryder (July 2009) and Director Rick Lancaster (September 2010) and a pre-release review of the movie itself in May of 2010.  The movie has yet to be released and has recently had a name change.

Today, TheSkyKid.com conducted a phone interview with Stephen Ryder to get an update on what’s been happening with the film.

Stephen Ryder:  Hello. How are you?  Nice to be here.

TheSkyKid.com: The reason we  requested this interview is that the film known as The Last Days of April caused a lot of interest. Yet recently the title of the film was changed to The Abduction of Zack Butterfield. What was the reason behind this change?

Stephen Ryder: First of all, let me clarify something.  I am the producer and a screenwriter of this film, but Rick Lancaster is the director. The name change occurred while we were repairing a severely damaged soundtrack of the film in post-production which delayed our release.  We acquired a distributor and the distributor suggested that the title was not effectively communicating the content of the film.  So we held many meetings, worked with focus groups, and we did some polls. As a result, it took longer to change the name of the film than to make it.  So we finally arrived at the name we have, which is The Abduction of Zack Butterfield.  It was an exhausting process – but it was necessary.  And that’s where we are now – but I hope it proves to be a wise decision.

TheSkyKid.com: So really the reason for the delay (a bit over a year) for the film release has to do with the soundtrack?

Stephen Ryder: What happened was that after the film was completed and sent to the lab, we found out that the sound volume had been recorded at a very low level. It sounded fine in earphones, but it would not project.  So we had to repair the entire soundtrack – every minute of every sound.  It cost tens of thousands of dollars and it took a tremendous amount of time – but we couldn’t re-shoot the movie obviously.  So we just repaired the audio track with the help of specialists in New York and California. Now we have spectacular sound. Yes, this caused an unfortunate delay and a very expensive one. But I think the product that we now have is far superior to  even that which we would have had if we had recorded it correctly in the first place.

TheSkyKid.com: Many people are anticipating the release of the film. When and where is the film going to premiere?

Stephen Ryder: The world premiere of the film – finally —  is going to be April 19, 2011 at the Soho International Film Festival in New York City, at the Quad Cinema on 13th Street.  This is a prestigious festival and we are an official selection – and that is where the world premiere will be held.  The festival runs from the 15th until the 21st of April and tickets are available at movietickets.com.  Our website and the website of the Soho International Film Festival would direct you as well.

We have a mailing to hundreds of anxious viewers from all over the world who have been asking us where and when they can see this movie, and we have been very responsive to everyone who has written to us.  We encourage anybody with a question or any interest in the film whatsoever to write to us at metropolisfilms@aol.com. We would be happy to put you on our mailing list and answer any questions…etc. We are so grateful to our loyal audience out there from all over the world who haven’t even seen the movie yet, who are just so wonderful. That’s what makes being in the movie business so rewarding — that connection between the fans and the film makers.   Thanks also to people  from TheSkyKid.com who act as a channel of communication between us and our fans. 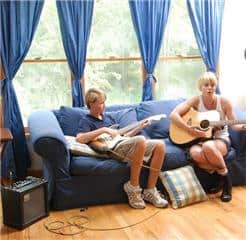 TheSkyKid.com: It’s a pleasure. The review we published a few months ago is quite popular on the site which is clear evidence of the interest towards the film.  So a world premiere, then a theatrical release….?

Stephen Ryder: As far as a  theatrical release goes, we are currently in negotiation with various theaters, theater chains and distribution channels.  To be frank with you, we are trying to get the best deal we can. We have a lot of options and so that hasn’t yet been decided. I’m pretty sure that it’s going to be released in New York City and Los Angeles at first.  Stay tuned. We will know shortly after the festival  when and where the release will be. Right now we are having copies of the film made for projection – copies on 35mm, on Blue Ray and DVD – which is another major expense.  But in order to show the film in as many theaters as possible, we need a lot of copies. So that’s what is keeping us busy currently.

TheSkyKid.com: OK.  So that’s about The Abduction of Zack Butterfield. When last we talked you were also working on several other projects. Can you update us on their status? One that I can recall is the movie Muchacho Del Flamenco…

Stephen Ryder: Yes.  Muchacho del Flamenco is in development. The script is complete and the casting of the film is about 50% complete. Right now we are looking for a Director for the film. We’ve had to change a lot of the staff because of various things that have been happening in the industry and anyone who is interested in that film is also encouraged to write to us and join our mailing list. I was just talking with Ricky Rodríguez and his mother on Facebook the other day. They are anxious to come to the United States. And that’s about all I can tell you about that film. We have a couple of others in the pipeline – The Long Black Veil which will be filmed in Louisiana and Tennessee —  and People Versus Swift which will be filmed in Tennessee as well.

TheSkyKid.com:  Thank you so much for taking the time to do this interview with us. We wish you a lot of success with the release of The Abduction of Zack Butterfield and the other projects at Metropolis Films.

Stephen Ryder: Thanks so much,  and thank you for the opportunity to be able to talk with our fans.

The photograph from the film`s set is property of France Menk.