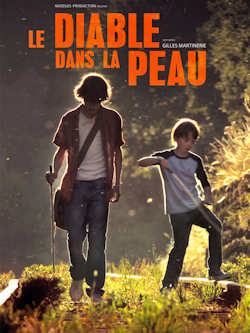 The Devil in the Skin (Original title: Le diable dans la peau) is a 2011 French Coming-of-Age drama telling the story of the strong bond between Xavier (Quentin Grosset) and his little brother Jacques (Paul François) and their struggle to remain together despite all odds. Directed by Gilles Martinerie, the film’s narrative and visuals are so cunningly crafted that watching it can be closely associated with an appreciation of a work of art.

When it comes to visual storytelling – all filmmakers’ aim – The Devil in the Skin is an exemplary movie. Starting with its cinematography — with the framing/compositing, lighting, camera movements –- no aspect of the cinematographic art is overlooked. A wider camera angle is used to capture the story settings, utilizing deep depth of field to capture the French countryside’s beauty to great effect and turning many of the film’s scenes into expressionist art – a pure visual delight.

The attention to small details is immaculate as well: drops of water on someone’s feet or the washing one’s hands. These are seemingly insignificant yet create a holistic picture – like the fitting together of puzzle pieces. Somehow they, along with the actors behaviour and actions, makes the characters very familiar to the viewer and easy to identify with. For example, in a scene of “doing nothing,” Xavier peeks at the sun through his fingers, insignificant on its own yet so wholesomely boyish. Combined with the tightly framed close-ups of the characters and selective focus, all of this achieves a sense of intimacy – so essential for any good Coming-of-Age narrative.

The story itself is not that unique (the 2013 British drama The Selfish Giant comes to mind), yet how it is told and the ingenious photography makes one intrigued and moved despite the lack of any real suspense surprising plot twists. The film’s narrative can be perceived as a dramatic character study. It is an insightful portrayal of a troubled childhood in which the young protagonist is not idealized (as it is often the case with young characters in literature or the film) but portrayed true to life. Thanks to the wonderful acting of Quentin Grosset as Xavier and the skills of the film’s director Gilles Martinerie, that portrayal is more than intriguing to witness.

Usually, when I watch a film, in addition to identification with the characters and their fate in a Coming-of-Age narrative, I am looking forward to being moved – excited, saddened…etc. Any emotional involvement is to be treasured. Gilles Martinerie’s chooses an objective approach, achieving identification. Although such identification is often subjective, thanks to an abundance of similar experiences with my younger cousin, I achieved it, but with little emotional impact on me. The lack of emotional involvement can often ruin my enjoyment of a film – especially one with a disturbing, tragic overtone – yet surprisingly, this did not bother me as much in The Devil in the Skin. I loved the film, every minute of it and did not hesitate to recommend it highly. 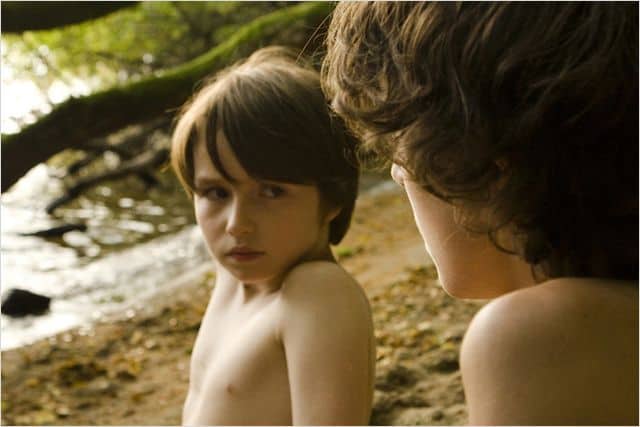