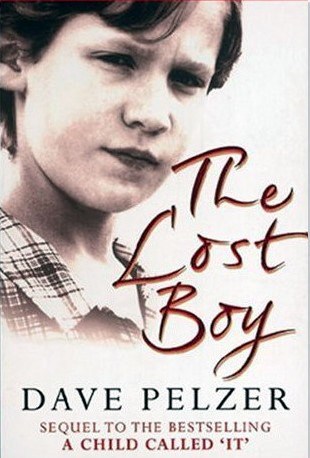 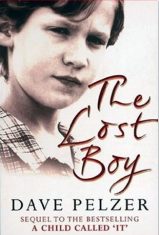 Ever since I published the review of the autobiographical novel by Dave Pelzer A Child Called “It”, I kept noticing people looking for more information on both the book and its author. Only recently was I able to acquire  The Lost Boy – the second book of the trilogy (the third one is called A Man Named Dave) – about the childhood of the author.

The Lost Boy starts right where the first one left off, describing briefly the devastation of a young boy (David) suffering mistreatment by his mother. The story sends chills to its readers as the author portrays the confusion, hope and thoughts of the nine-year-old boy and the way he sees the world, his parents and himself, after years of mistreatment and brainwashing done by his mother. The author spares us the gory details of his torture – but everyone who has read the first book will recall those scenes and wish that somehow, someone would put an end to it all.

While reading the book, I was astonished by the excellent writing of the author – recalling his troubled past in such an emotional way.  It sets the book up as a prime example of a coming of age novel, detailing the struggles of a young boy trying to find himself and believe, for once, that he is a regular kid – not an ” it ” – but a human person. The tension in the story keeps the reader turning page after page hoping that David will make the right choices along the way – that he will be able to go on with his life.  It begins to look like he might have a chance when finally his teachers step in and call the police.  This results in the 12-year-old David being examined by doctors and undergoing a treatment with a social worker.  During this treatment,  he tells what he has been through – first trustfully, then scared that he might be betraying his mother (who, even after all these years, he still loves but is also afraid of).  Can a child hate his own mother?  In the end, he is finally rescued and  placed in foster care.

Some of the events in the book reminded me of Iluzija – a Macedonian film I once saw. In my mind, I imagined David looking like Marco (Marko Kovacevic), the young protagonist of that film, as they shared similar experiences. At other times, I pictured David as the boy in the emotional video clip Oklahoma by Billy Gilman. I have always liked that particular clip, not just for Billy’s great singing, but for the story it tells. But it was only after I read this novel by David Pelzer, that I started to fully understand the meaning of the song. Atypical for a book review, I want to embed the clip in question in this article.  I  promise that if you like the clip, you will love the book as well:

The Lost Boy is an account of the experiences that shaped the personality of Dave Pelzer as he tries to make sense of his past and its reflection on his present and future.  As such, the story is largely a coming of age experience of a young person and, as such, is recommended to people interested in that genre and/or Child Psychology. As you read about David and his quest to find his answers,  you are guaranteed to find some answers for yourself.

Previous articleThe Diary of a Wimpy Kid: The Last Straw
Next articleAdventures of Huckleberry Finn – An audio book review