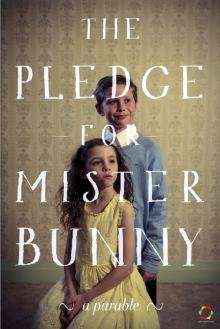 Not every film that graces my screen is worth writing about. Yet every film is a product of the efforts of a creative team and the actors.  That is the reason why I have decided to do a short write up about one of the 16 finalists for Tropfest 2013 (Australia) — The Pledge For Mister Bunny.

What are you looking for in a short movie: an intriguing narrative, creative and/or skillful storytelling, great acting performances …? In The Pledge For Mister Bunny, you’ll have to look hard for those things.  Even then,  finding any of those qualities is unlikely to happen. Maybe there is some insider joke embedded somewhere in the story. It’s about a young boy obsessed with a car wash, his naïve sister and strongly opinionated father.  If there is such a joke, I was unable to decipher it.

When it comes to the performance of the cast, while I can’t use any superlatives to describe it, one gets the feeling that the actors were done in by the overly simplistic, dull story.  Tom Usher’s performance in the role of the young protagonist of the film is the best of all.  But while one sees a potential for his future acting career, he could hardly shine in such a low budgeted, barren film. On the other hand, his work on the film probably will contribute to his learning experience as an actor.

I’m wondering who may enjoy a film such The Pledge For Mister Bunny and I suspect that perhaps a six to eight year old kid would manage to appreciate the silliness of the film.  But for me…. it was more or less a wasted seven minutes.