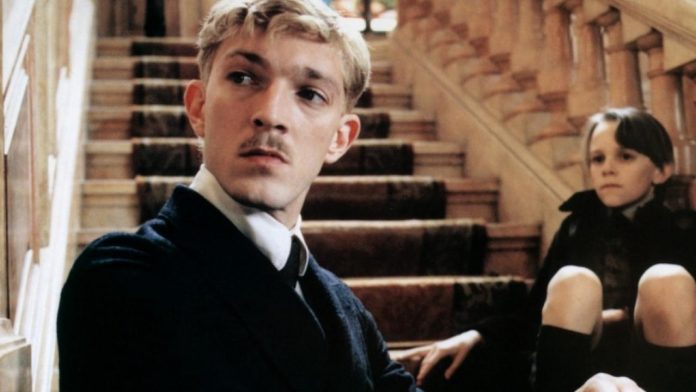 “My love is deep. The more I give to thee the more I have.” 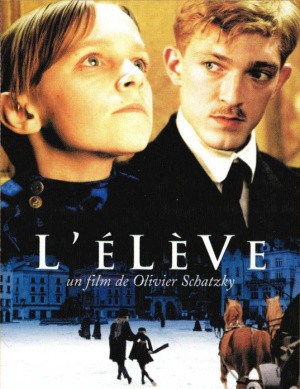 Beautiful like a fairy tale, and consequently filled with emotions and magic – Olivier Schatzky`s 1996 adaptation of the classical short story by Henry James, The Pupil allows its viewers to see, sense and experience the warmth of human emotions.

Morgan (Caspar Salmon), a sensible 12-year-old boy growing up surrounded by fake pretenses of richness and royalty (superficial, selfish and narcissistic) living off society, finds a true friend and soul mate in Julien (Vincent Cassel) – a young man hired to tutor him.

When initially accepting the position of a tutor for the teenaged Morgan, Julien has set an expectation of monetary compensation that the parents have agreed to meet.  Yet soon  it becomes clear that the family is unable to provide payment for the tutoring services, despite their earlier  promises. The tutor becomes nervous, but having spent time in the house he is addressed by the boy`s mother in the following manner:

“You will stay with us. You know very well. You are too attached to Morgan.”

From this moment on a decision is to be made…

The production design impresses with its lavish decors and costumes which, combined with the beautiful musical score comprised of classical music and two precious treble performances, contributes a great deal to both the authentic feel of the film and the sense of magical-realism that overwhelms the minds of its audiences.

In all fairness, some of the dialogue is filled with philosophy and life truths and, while they don’t seem out of place even considering the tender age of the young protagonist of the film, one may get a bit lost in the complexity of the narrative and only appreciate it fully upon consecutive viewings, which would allow the viewer to capture all of its nuances.

Having read the short story on which the film is based, I can argue that the film (thanks to the resourceful acting and solid approach to storytelling) makes the story much more comprehensible than does the work it is based on – essentially improving on it – which one can rarely say for most cinematic adaptations of classical literature.

The biggest achievement of the director and the actors is that they manage to provoke a genuine concern about the fate of the film’s protagonists. Wise-beyond-their-year’s characters can be annoying, and it’s intriguing to observe how one opens up to the particularity of the characters as the story develops. This is character development at its best or, to say it with the words of young Morgan:  “Antipathy is unintentional, so is sympathy”.

The Coming-of-Age nuances of the film’s narrative are strongly related to both the experiences of the young Morgan, living in an unforgiving, harsh environment — and those of his tutor who will never be the same having met Morgan and having learned on his own that life requires sacrifices.  Julien also learns that when encountering the need for sacrifice,  one should not hesitate to make them.

The finale follows the traditions of other great works written in the same period, such as the novel Misunderstood (1869) written by the English author Florence Montgomery or Roger Peyrefitte’s This Special Friendship (1964). It’s heart-wrenching ending is enhanced by the beautiful song that plays when the credits start to roll.

The Pupil/(L’élève – original title) is a cinematic masterpiece well worth your time and I don’t hesitate to recommend it highly.