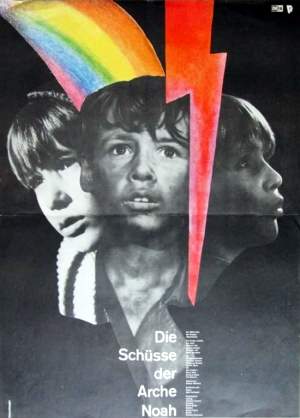 If only present day’s filmmakers could come up with such an engaging story as the one featured in the 1983 German film The Shots of Noah’s Ark (original title: Die Schüsse der Arche Noah)!

Set in the last year of the Second World War in Nazi Germany, the movie tells the story of the trials and tribulations of Klaus Wensloff (Oliver Ohrt), a 10-year-old boy desperately trying to understand the difference between right and wrong in the contradictory world of adults and war.

The propaganda machine teaches him to salute Hitler at school and in the streets, his best friend is an enthusiastic Hitler Youth, while at home he witnesses his father falsifying ration cards, illegally listening to radio broadcasts from the Allies and even trying to provide a temporal safe place for the Jews. Moreover, an additional layer of confusion is added by the fact that Klaus is a God fearing youngster after his strongly religious mother but the father, following the communist ideology, rejects God and tries to explain rationally the miracles in the Bible.

When the family is betrayed and forced to flee Berlin, Klaus is taken to a foster home in East Prussia. But he doesn’t get to live there very long as the soldiers of the Red army come and the Germans are forced to bolt. Surprised that the Russian soldiers are not the furious monsters the propaganda has portrayed them to be (as sub-humans carrying knives between their teeth and who butcher little children), Klaus hangs out with them until they decide to bring him to a Monastery, which houses other German children who have lost their families in the war. The challenges the young boy has to face have only just begun…

The Shots of Noah’s Ark is a prime example of a Coming-of-Age movie, as its story follows the alterations of the innocent youth mentality as a result of his experiences. The story is somewhat less violent than the ones featured in other movies focusing on children and war — such as Elem Klimov’s 1985 masterpiece Come and See, the 1962 Soviet film Ivan’s Childhood or the more recently released Wolf Children.  However, The Shots of Noah’s Art is equally engaging because of masterful directing and the wonderful acting performance of the young Oliver Ohrt in the lead role. Ohrt’s performance allows the viewer to associate with the character and not only see, but feel, his confusion and despair. 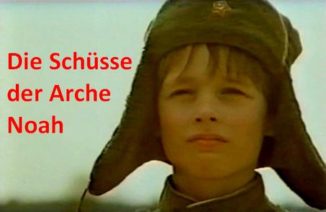 The original story in the film is told in both a dramatic and a human manner. It captures and holds the interest of the audience thanks to the skillful manner in which director Egon Schlegel amplifies the film’s reality. One learns a great deal about the daily life of German youth during the war years, from their exposure to propaganda and distinct ideologies, to witnessing the horrors of war.

Cinematographically, The Shots of Noah’s Ark impresses with the use of lighting to intensify the suspense of the scenes. The inclusion of documentary footage from the war boosts the authentic feel and credibility of the narrative.

A soul piercing story of an innocent boy who passed through the fear and confusion of war The Shots of Noah’s Ark will be appreciated by every fan of quality cinema.

Clip from the film

This film can be found at the company Icestorm Entertainment GmbH as a DVD available for purchase Contact Email: a.wittkowsky@progress-film.de

Facebook
Twitter
WhatsApp
A soul piercing story of an innocent boy who passed through the fear and confusion of war, The Shots of Noah’s Ark will be appreciated by every fan of quality cinema.GeorgiThe Shots of Noah's Ark (1983)
TheSKyKid.comYoung talent in the movies and the arts