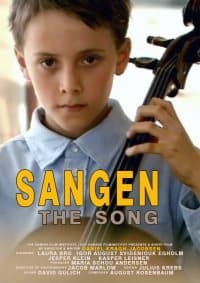 These days dysfunctional families are more of a norm than the exception, which is probably the reason why so many Coming-of-Age films feature narratives that focus on the effect that family troubles have on youths. Such is the case with the 2009 short film from Denmark – The Song (Sangen).

In only fifteen minutes, Director Daniel Kragh-Jacobsen manages to explore issues such as forgotten feelings, father-son relationships and bullying — as the film’s protagonist (a nine-year-old boy played by actor August Igor Svideniouk Egholm) tries desperately to restore the love between his parents.  Egholm (who is half Russian by the way) delivers a credible portrayal of the turmoil of a young kid who witnesses the constant arguing of his parents. Undoubtedly his extensive television and film shooting experiences helped the young actor to provide such a moving performance.

The rawness of the Scandinavian cinematography allows the film to reach a level of intimacy and authenticity.  Essentially the film is an urban tale of  modern life.

You can find more about the film and watch a clip from it at FilmStriben.dk website ( in Danish )