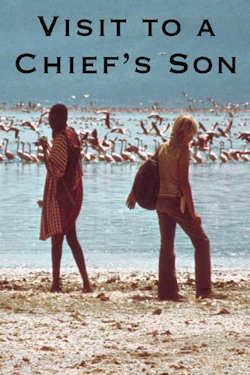 It’s impossible for me to ignore a film whose main focus lies in a Rite-of-Passage ritual. Yet I expected much more from Lamont Johnson‘s Visit to a Chief’s Son.

The premise of Kevin (played by John Philip Hodgdon), a young boy (who is the son of an anthropologist) going through his own transition to manhood while accompanying his father on a mission to record the Rite-of-Passage rituals of the Masai tribe in Africa, would seem to be enticing enough. But, unfortunately, its execution makes the film more suitable for cultural anthropology students or fans of National Geographic – thanks to the abundance of African Wildlife footage — than the average filmgoer.

The action stretches too much to provide exciting entertainment and, if it were not for the genuine approach of portraying a developing friendship between Kevin and the Massai tribe chief’s son Codonyo (Jesse Kinaru), it really would make for a dull narrative. 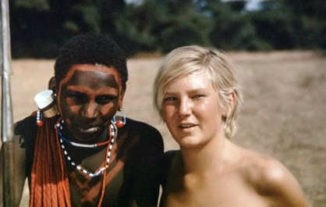 The boys serve as alter egos to each other, sharing Rite-of-Passage experiences such as a stroll through the savanna while seeing many different creatures; going skinny-dipping; escaping an angry elephant — all of which eventually result in them being wiser and becoming more accepting of themselves and each other’s cultures. 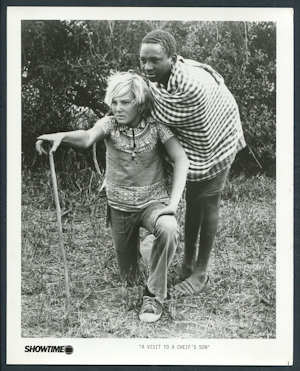 Despite the abundance of beautifully shot wildlife scenes, I get the feeling that I’d have enjoyed the story more by reading it in Robert Halm’s 1963 novel from which the film was adapted. The movie felt like a dramatized documentary, interesting in its own way, yet devoid of the adventurous spirit I felt when viewing Henryk Sienkiewicz‘s In Desert & Wilderness (featuring a stunning Coming-of-Age narrative).

The lavishly sentimental score by the French composer Francis Lai, succeeded in masking some of the film’s imperfections – arguably even the less than convincing acting by most of the relatively small cast.

Yet, despite the irritations, I had with Visit to a Chief’s Son, the film’s beautiful cinematography, combined with a well-matched score, ensured that the film will have its own group of followers – unfortunately, one that I won’t be a part of.

The young son of an anthropologist is going through his own transition to manhood while accompanying his father on a mission to record the Rite-of-Passage rituals of the Masai tribe in Africa.Visit to a Chief's Son (1974)
TheSKyKid.comYoung talent in the movies and the arts