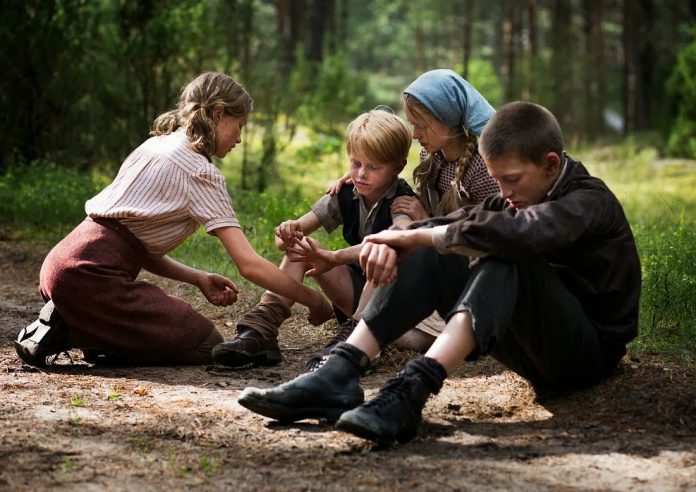 Never forget who you are 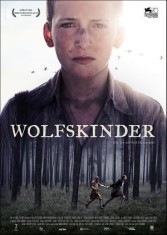 The final wish of their dying mother sends the boys on a harsh journey through a foreign land in the hope of reaching a settlement of farmers who offer help and shelter to German children. Under the constant threat of soldiers from the Red Army, the brothers battle hunger and exhaustion hoping to stay together and follow the instructions of their deceased mother.

As hard as he tries, Hans fails to protect his younger brother and the boys are forced to separate after a lethal encounter with soldiers. Not knowing if Fritzchen is alive or dead, Hans decides to keep moving on to the refugee camp, praying that his brother is still alive and they can be reunited there. He meets other children whose fates are as equally tragic as his own on his journey.

Rick Ostermann has succeeded in creating a film that grasps a hold of the viewer’s emotions and attention and doesn’t them go until the final credits roll and even after that. That is achieved by a unique mixture of visual storytelling – emphasizing the young protagonists’ facial expressions and overall first-class cinematography.

Shooting on location displays the beauty of nature while turning the desolate forests and meadows into yet another character of the film. By artistically juxtaposing the tiny silhouettes of the wandering kids and the vast landscapes – the cinematographer accentuated the characters’ vulnerability.

The camera allowed for natural glares and light imperfection that further boosted the credibility of the picture. Hand-held camera techniques are only sparingly used, which achieved the goal of conveying a first-person take on the events without being an annoyance. The soundtrack doesn’t call attention to itself, but it effectively makes the already intense scenes even more powerful.

Some of the events in the film may shock viewers, others will leave them in tears, but undoubtedly they will get involved with the fates of Hans, his brother, and the other children throughout the movie.

Although Wolf Children focuses on the aftermath of the war, it’s as heart-wrenching to watch as Elem Klimov’s 1985 masterpiece Come and See (Idi i smotri). The constant peril in which the young protagonists live obliges them to make choices, with more than just their innocence at stake. It doesn’t matter if we witness the trauma in the eyes of a Russian or a German kid – and the fact that the two films feature stories with distinct nationalities that opposed each other in the war only proves that, in war, there are no winners.

I am genuinely impressed with the film’s quality and don’t hesitate to recommend the movie to every fan of the Coming-of-Age genre. Despite the disturbing nature of some scenes, the film is a must-see, and audiences of all ages will appreciate the story – brought to life by great actors and first-class filmmaking.

An interview with Writer-director Rick Ostermann

Previous articleLife According to Nino (2014)
Next articleStanding Up (2013)