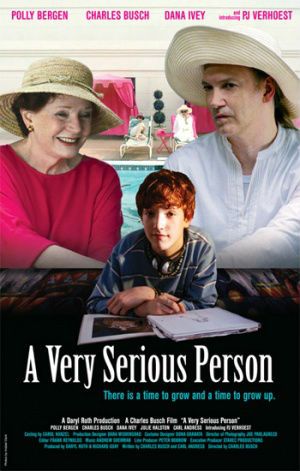 Gil, a 13-year-old boy (played by P.J. Verhoest) and his grandmother Mrs. A (Polly Bergen), are traveling to their summerhouse in Manhattan New York, while the housekeeper Betty (Dana Ivey), prepares the house for their arrival.

Mrs. A requires full-time medical care and has had a resident nurse recently dismissed due to incompetence and who now has been replaced by a Danish male nurse Jan (played by Charles Busch, who is also the writer and director of the film).

Betty disapproves of Jan, who is clearly very pedantic, but Mrs. A certainly approves of being handled by him: “It’s the most exciting thing that’s happened to me in years”.

Gil, who loves old movies like Gone with the Wind and listening to records, sees the time he spends with Jan as an opportunity to talk about his interests and passions. Jan admits he is gay while Gil thinks he may also be, yet is unsure about liking boys.

As Mrs. A’s health deteriorates, the frivolity of summertime changes into concern and Gil is faced with the reality that his grandmother might die. Jan teaches Gil about compassion for his grandmother and presents Gil with a perspective on maturity.

How does one prepare a 13-year-old boy without parents for the death of his grandmother?

Charles Busch uses this story to deliver a message of sensibility and mindfulness in the face of loss.

A Very Serious Person relies heavily on references to old movies and characters and one scene at a swimming pool reminded me a lot of Death in Venice.

Unfortunately, the actors look like they are performing for a live audience rather than for a camera, but I’m sure that was intended. It does take some getting used to and I wouldn’t be surprised if some viewers consider aspects of this movie as silly or cringeworthy.

There is a one love making scene between Jan and a man he meets at the swimming pool, which could be a concern for some, but it is in good taste and comedic at least.

The movie has a clear message and an ending which is not at all what one would expect. I have always been amused by the keywords associated with movies on the IMDb. Here are a few for A Very Serious Person:

OK. Well, a search for ‘friendship’ should give at least a hit for most films ever made. The movie is charming, stylized, fun family entertainment, and not too concerned with representing reality.

The camera work reminded me of a famous cinematographer who once said, “These days, all I’m trying to do is not interfere with the actors”. That traditional fade-to-black is used very often and the scenes are short and distinct.

In summary: Through the story of a 13-year-old boy and his love for his dying grandmother, A Very Serious Person tells you something important about sensibility and mindfulness in the face of loss, through the medium of stage on film. 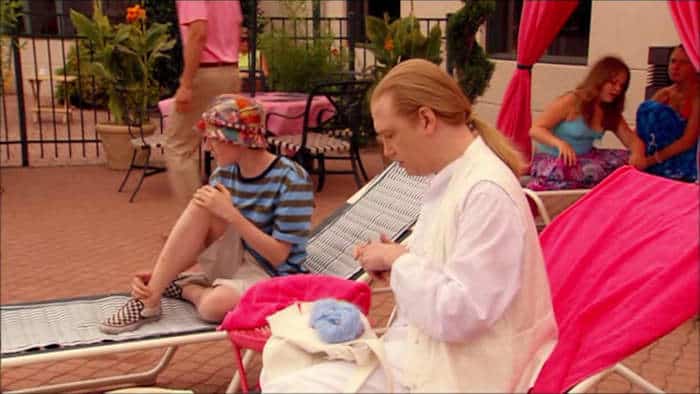 A Very Serious Person (2006)
CONCLUSION
The movie is charming, stylised, fun family entertainment, and not too concerned with representing reality.
3.7
OUR RATING
Get the DVD
Amazon
Facebook
Twitter
WhatsApp

The movie is charming, stylised, fun family entertainment, and not too concerned with representing reality.A Very Serious Person (2006)
TheSKyKid.comYoung talent in the movies and the arts