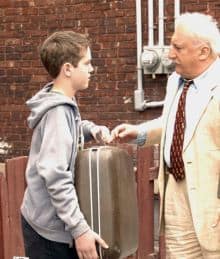 Most Coming-of-Age movies  focus on the so-called “universal teenage experience.”  While some aspects of growing up are conventional, adolescence itself crafts a unique narrative of our lives that defines one’s individuality. Writer/Director Jean-Pierre Bergeron challenged the familiar Coming-of-Age fables’ hegemony with the story of a young boy secretly in love with an older male in his debut film Alone with  Mr.Carter.

Expressing same-sex interest towards an older male is often considered to be the ultimate taboo — an unthinkable state of mind that is punished as deviance when detected.  That is probably why, when watching the story of the young John (played by the Canadian actor Robert Naylor ) gathering the courage to admit his feelings toward Mr.Carter (Paul James Saunders), one feels just as nervous as the boy — who is anxious about the reaction of a heterosexual man (Mr.Carter’s girlfriend is prominent in the story). 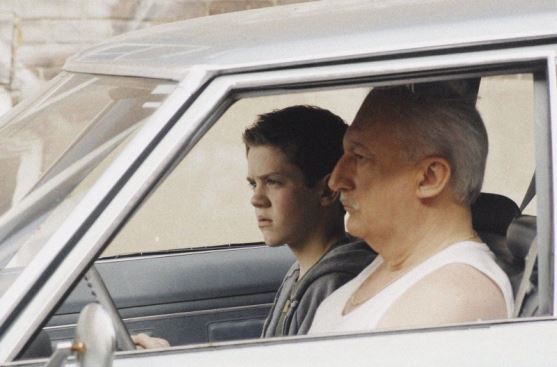 I enjoyed the story’s comedy nuances, as they made the film more entertaining by effectively breaking up the tension. The script cleverly avoids the clichés typically associated with coming out stories. The first person narration enhanced the feeling of intimacy so that the story felt like a personal confession. In an interview during one of the film’s festival screenings, Director Bergeron confirmed that the story of Alone with Mr. Carter is semi-autobiographical, which could explain why the screenplay is so poignant and compelling.

Aside from its original plot, the film owns much of its appeal to the incredible acting performance of Robert Naylor, who portrayed his character with an emotional intensity that never feels stilted or forced. I was already aware of Robert’s ability to portray emotions from his role as a troubled child in Daniel Grou’s film 10 1/2 .

While the emotions of his character in Alone with Mr. Carter significantly differ from the constant anguish and anger of his character in 10 1/2, Robert’s naturalistic portrayal of a gay youth’s internal conflicts is top-notch. On the other hand, I must say that I am a bit disappointed with the actors who portrayed John’s parents.  But their role in his life seemed intentionally marginalized, which could explain why their performance felt a bit flat.

Paul James Saunders did a credible job as Mr.Carter. Still, it was Claudia Ferri in the role of Mr.Carter’s high-strung girlfriend Lucilla who’s electrifying performance contrasted sharply with the internal turmoil of John and her partner.

A movie about ‘the love that dear not speak its name,’ Alone with Mr. Carter, is a film that I won’t hesitate to recommend highly. While the subject matter could be perceived as highly controversial by some audiences, I would assure you that the story is presented in an honest non-exploitive manner, which makes it suitable for viewers of all ages. And, as in all Coming-of-Age stories, there is a lesson to be learned.

Alone with Mr.Carter is still making the festival circuit rounds, and you can find more information about it at the film’s official website:  alonewithmrcarter.com and its IMDB entry.

Boys is a short film that juxtaposes innocence and guilt, demonstrating that even the simplest of acts may result in devastating consequences.
Read more

Marry Me is a heartwarming short story written and directed by Michelle Lehman. It tells the story of a young girl who has a crush on a boy and is determined to marry him.
Read more