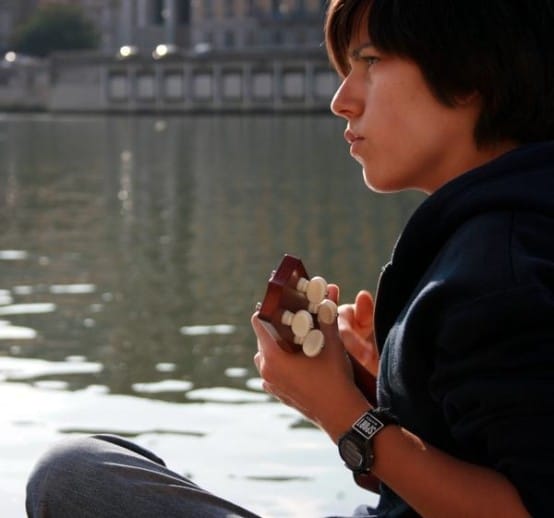 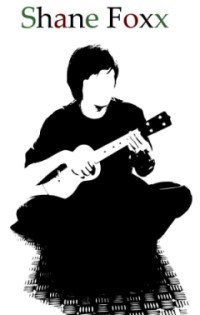 Shane Foxx is an independent musician from Lyon, France. We met him in the chat room of theskykid.com radio during one of our weekly live shows. Impressed by his personality, we went on and checked out his music at YouTube and were even further impressed with his music skills. Shane has a unique way of thinking when it comes to making his music compared with most musicians that occupy the pages of the magazines you can find in your local bookstore shelves. Soon, we were playing his music on the radio and, encouraged by the positive feedback they received by our listeners, we decided to invite him for an interview at theskykid.com and for theskykid.com radio.

Shane how are you?

I am kind of stressed because this is my first interview…but I am fine.

TheSkyKid.com: Who is Shane Foxx?

Shane Foxx: Shane Foxx is a nick name — not my real name.  I chose it because I wanted to be kind of a mysterious personage like Lady Gaga or like such singers who are using a pseudonym and who don`t really tell that much about themselves. I wanted to be mysterious so people would be curious about who I am.  But, in reality, I am just a normal shy guy who plays music in his room and who wants to make music a little more.

TheSkyKid.com: Quite interesting. I do know that Freddie Mercury’s real name is Farrokh Bulsara. And it’s the same for Sir Elton John and many other singers.

TheSkyKid.com: When did you start singing?

Shane Foxx: I always sang when I was a kid, because I was listening to a lot of music.  I started singing along with my favorite singers like Billy Gilman and Declan Galbraith and that’s when I felt that I wanted to be a singer. But I didn’t know much about music, how to play an instrument…etc. Then I met some friends who were singers and they told me that I should start doing music as well and that’s how I started singing.

TheSkyKid.com: I was checking your songs on YouTube recently and saw that you do play an instrument now. How many instruments do you play?

Shane Foxx: I play ukulele and guitar, so it is  two instruments and right now I want to play piano and am trying to learn it by myself as I never took any lessons , but taught myself how to play guitar and ukulele.   I didn’t want to call myself a musician without playing an instrument…

TheSkyKid.com: Interesting. I have always wanted to play an instrument. The most I could achieve were a few basic things with drums, but that’s about it.

TheSkyKid.com: In your MySpace profile, under recording label, it’s written that you don`t need one. Could you elaborate more on your statement?

Shane Foxx: My friends are musicians and they have their own independent labels. They produce and make their own music and I have always wanted to make my own music without being signed by a big company whose management will force me to do things I do not want to do.

TheSkyKid.com: In that respect I have another question. You know Troye Sivan or Justin Bieber – their way of achieving popularity is quite distinct. Many consider Justin Bieber’s success a direct result of music industry investments in him, aside from his talent, while Troye Sivan has been always represented himself as a musician. In his interview for the Rob Redstone show, Troye said he refused when an agent asked to represent him. Whose history is more appealing to you as a musician?

Shane Foxx: I agree with Troye. I think Troye is right. You don’t need to have an agent or a manager to be an artist, because they make you more fake and less natural in my opinion.

TheSkyKid.com: How do you share your music with the world? I know that you upload songs at YouTube and then also your songs play on theskykid.com radio. Do you use any other ways to share your music?

Shane Foxx: Yes.  It all started on MySpace. I have a friend, Zak Laughed, who posted a few songs on My Space and then made some concerts. So he advised me to do the same – so I started uploading music to MySpace and then I did some gigs in my town in live concerts. Then I created my YouTube account and started posting YouTube videos and I still sometimes post my songs to MySpace. But now I am looking for more ways to spread my music like network radio, independent radio and other sites.

TheSkyKid.com: You have done many covers and written your own songs. Are you planning to release a single or an album in the near future?

Shane Foxx: Yes.  I am starting to record my own CD, with my own original songs.  Then, later on, as another project I would like to record a CD of covers of songs that I really like. I will probably produce the first one myself and I will be selling it in independent stores. My CD featuring covers will be distributed on the Internet for the fans.

TheSkyKid.com: Do you do live performances in addition to uploading your songs to YouTube? Especially when that first CD gets released, will you perform the songs from it in France or elsewhere because I noted that you travel quite a lot?

Shane Foxx: I travel a little sometimes to see concerts that I really like. I used to see Jay Brannan who is a singer that I like in Netherlands, UK and in Paris. So yes I can travel for playing gigs, but mostly I play in my town and around it for small concerts.

TheSkyKid.com: Now you are from France, but you speak pretty good English. Most of your songs are in English as well, even though you also sing in French. Why did you decide to sing in English predominantly?

TheSkyKid.com: The book of the moment listed on your site, is Choirboy by Charlie Anders. Do you like choir music and have you ever been a chorister yourself?

TheSkyKid.com : Have you ever attended a choir concert ?

Shane Foxx: Yes.  I know Jean-Baptiste Maunier who was the soloist of Les Petits Chanteurs de Saint-Marc, which was a choir in the French movie Les Choristes. I met him and went to a few concerts of the choir he sang in. And I really enjoyed going to those concerts – it’s a beautiful experience.

TheSkyKid.com : Do you have a hidden talent?

Shane Foxx: No. Not really.

TheSkyKid.com: Many young singers are involved in various charity projects. Are you considering doing the same yourself later on?

Shane Foxx: Yes. I think it’s important when you can do something to help others to do it. I have always been interested in autism. This is a disease I have always been curious about and maybe if I get famous I will work to help them. 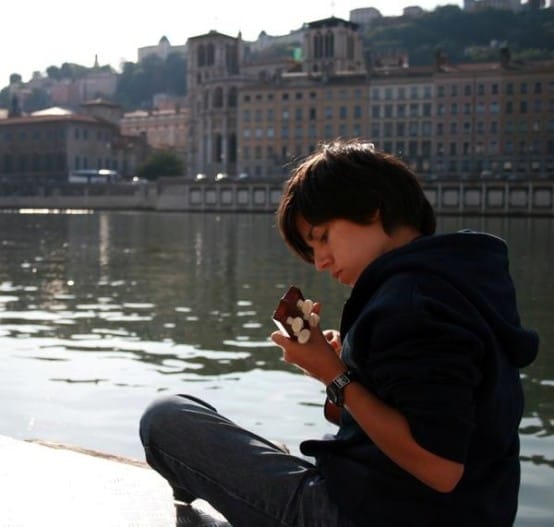 TheSkyKid.com: What are your plans for the future? Are you going to pursue a career in music as an independent musician?

Shane Foxx: Yes. I want to be a musician. I want to always be a singer, but I am very stressed about losing my voice, when it will break and maybe if I won’t be able to sing in the future. I don’t really know. But, for the moment, I enjoy doing it and will keep doing it, but I don`t want to make it a job because I know that it is too difficult and I probably will never be signed anywhere or earn money doing it. So I want to work in a store and may be sell books or music.

TheSkyKid.com: Ah. it seems that you like to read a lot?

Shane Foxx: No. Well, I read a lot, but may be not as much as I used to before.

TheSkyKid.com: Do you support any young artists?

Shane Foxx: Yes. There are many out there who are really talented.  I tend to support the singers/songwriters who actually compose and play their own music. In that respect, I would name my friends Robert Borden, or Eric Bradford from our collab channel on YouTube. I like Jessarae, and Tom Cully [his recent solo work] and, in fact, a thousand more as my music collection is huge…Oh and yes i’m a big fan of Lex Lamber from Throw Television too.

Thanks, Shane, for agreeing to do this interview. Our readers and radio listeners will learn a lot more about you from it and hopefully they’ll want to buy your music and also follow you on YouTube and MySpace.