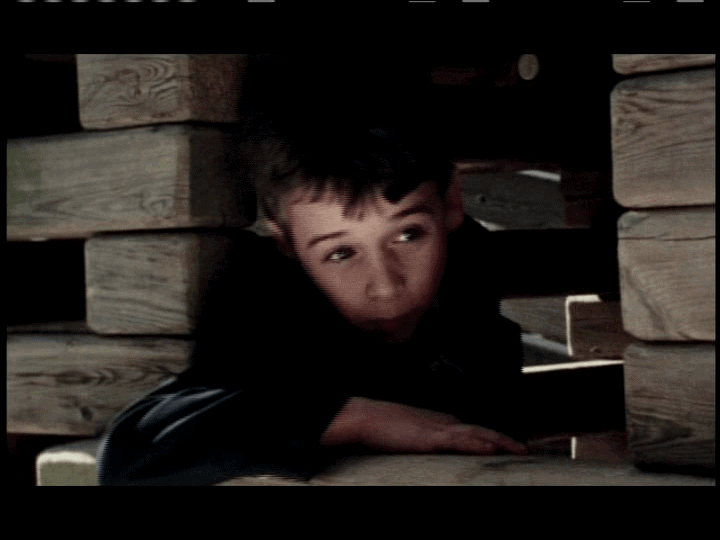 Continuing the series of short films reviews at theskykid.com – the 6th title in it is an American film directed by Danny Goldfield called “Apology to Josh Fleischman”. The film is 8 minutes and during them there is only one spoken phrase related to its title. Like most short films I have seen the director relied strongly on visuals and the music score – as well as the acting talent of the actors to convey his message.  Sometimes as is the case with “Apology to Josh Fleiscman ” the message of the story is challenging to discover. That is why I would first quote the films tag line taken from its IMDB page :

” A boy believes that anything that ever goes wrong must be all is his fault – it usually is.” 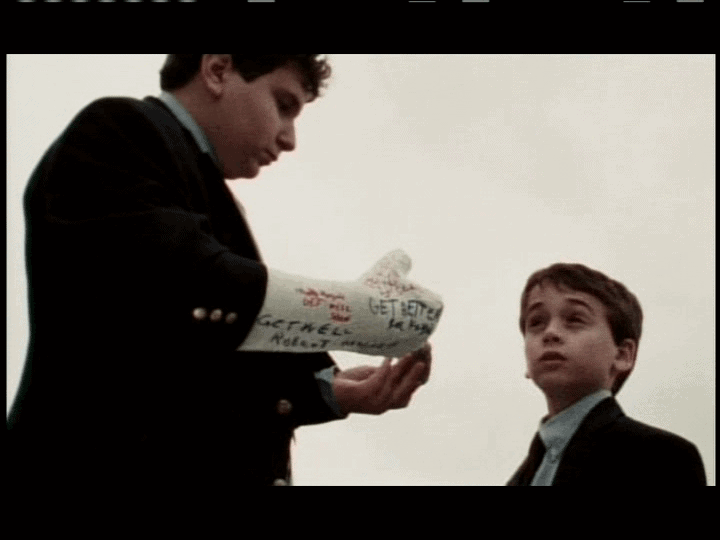 I could not relate the scenes I saw with that tag-line. To me the film was about a boy who hangs out at the school ground , throws a rock – which accidentally brakes the palm of the school bully. This creates an awkward situation to our hero – who thinks out a way to express his apology without reveling too much so he could avoid any possible revenge.

Overall I think that the young protagonist did a good job in portraying his confusion caused by the result of his actions. The camera work was decent and the director used slow motion throughout the film  to emphasize on the world surrounding the protagonist.

If you have seen this short film , do not hesitate to let me know what did you make out of the story portrayed in it.

The film is included in the DVD titled ” Sandman and other shorts ” available at CVMC.