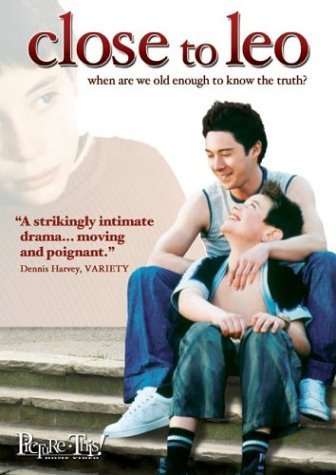 This movie was for a while in my collection, but it wasn’t before a friend of mine reminded me about it – until I decided that I should watch it. I did not know much about Close to Leo – just that it was supposed to be an excellent coming of age movie, and it deals with a sombre topic – Aids.

Although the person who has aids – is Leo – the scenario wraps around how Marcel (the youngest brother of Leo) copes with his relative’s sickness. At first, everyone is trying to hide the truth from Marcel – he is believed to be too young to understand his brother’s sickness – the fact that Leo is also a homosexual contributes to the unwillingness of the parents to discuss the matter with the young Marcel. I know from experience that on many occasions, most older people do not want to accept the fact that sometimes even when someone is young, this does not automatically means that he will not be able to accept reality and act sufficiently than even themselves.

Except for the fact that the family tried to conceal the truth from Marcel, they have left quite an impression for me – the way they supported their son – even after discovering the truth about his sexuality and his sickness. The fact that they allowed the young Marcel to travel along with Leo to Paris to meet his ex-boyfriend was quite a gesture from them– most families I know will be reluctant to do that.

There is a lot of warmth in the scenes in which the brothers spend some time together – you can see them being real friends, concern about each other.

Can you spare a ciggie? It’s my first ever. You’ll always remember me. Yeah.

Close to Leo is an excellent drama, which I strongly recommend.