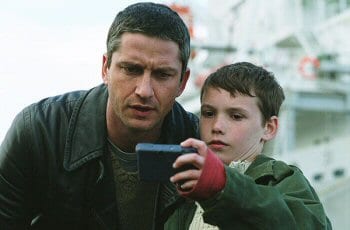 I just watched the UK movie, Dear Frankie – gosh, a sure thing – this movie is full of emotions. I think that everyone who sees it – would feel them. The movie’s main character is Frankie – 9 and half years old boy who is deaf – but that isn’t that much important as he does have a great personality.

You should see him writing the A in Deaf when one of his classmates tries to bring him down. Frankie misses his father terribly and writes to him often – only his dad who writes back, but his mom – I don’t want to include any spoilers – so I would highly recommend this movie to you.

At first, I was heaving a bit of trouble picking up the English accent, but in a few minutes getting used to it – the movie did not have subtitles, which was fine by me as, generally, I’m not too fond of movies with subtitles anyway (except for anime movies – most of which are in Japanese as you know ). The moments which Frankie shared with his “dad “( you will see for yourself why I am using the quotes here ) reminded me of my dad – who is away now – and I am pretty much in the situation of Frankie – writing to him, only am using yahoo messenger – rather than mails. There were quite some moments in the movie I could relate to myself. 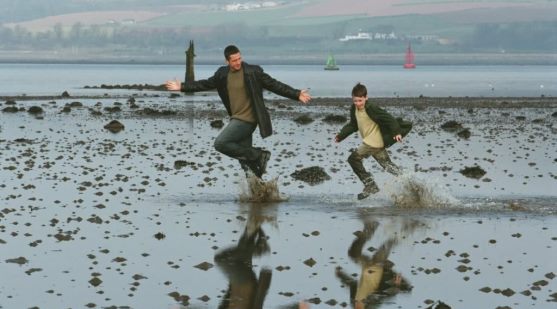 The music is well-chosen and adds to the overall atmosphere – I do not know why, but UK movies seem to be much better made than any else – on a psychological base, if you want to call it that way. Like Billy Elliot, Dear Frankie would make you feel.

I just watched the UK movie, Dear Frankie – gosh, a sure thing – this movie is full of emotions. I think that everyone who sees it – would feel them. The movie's main character is Frankie – 9 and half years old boy...Dear Frankie
TheSKyKid.comYoung talent in the movies and the arts