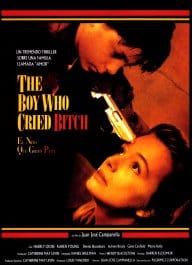 I am officially naming The Boy Who Cried Bitch one of the finest films ever created. A drama based on true events, the film will not leave anybody unmoved. I just finished viewing it and could scarcely articulate what I felt.

Indeed the first scenes are quite misleading – bringing back reminisces of Michael Cuesta’s Twelve and Holding. At first, we see boys fooling around and their mother, who cannot control them. We are introduced to the film’s young protagonist, the 12-year-old Dan Love ( played by Harley Cross). We first see him as an erratic and impulsive young lad but learn more about him as the story develops. Harley Cross delivers an extraordinarily explosive performance as a confused and psychotic adolescent. It must have been pretty challenging for the young actor to play such a sophisticated character. Yet he manages to put off an exemplary performance. His facial expressions, his eyes – I can guarantee you that you will remember his look for a long time after seeing the film.

I want to quote one of my favorite movie reviewers Marc Savlov who in his review of The Boys Who Cried Bitch excellently described the talents of Harley Cross : 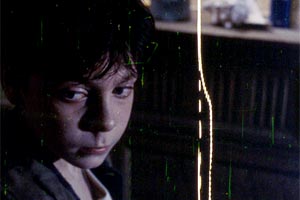 “Harley Cross, as Dan, has managed to tap into a gold mine of talent. He’s all ticks, stutters, gleaming eyes, and mood swings, thoroughly convincing as a juvenile psychotic, while at the same time imbuing his character with terrible inner sadness and confusion.

It’s rare to see a young actor come across so convincingly in such a profound and decisive role, but Cross is a master of the game here, and Dan Love is as believable as a gunshot in the night. “(link to the original review of Marc Savlov)

Of course, Harley Cross is not the only excellent actor in the movie. Special mention deserves the performance of Jesse Bradford (who himself had an exceptional performance in this film and King of the Hill ).

If I were to label the first scenes – they could easily fit under the title “Bad boy tutorial,” and I am sure that many parents would not want their sons to see how the young Dan behaves. It seems that the young boy lacks affection – and his mother fails to recognize his needs, preoccupied with herself. When it comes to properly parenting her boys she seems weak and powerless, with a past history of failures. Dan is quite aggressive towards her – and that is probably many of you would be surprised seeing him at school – where he befriends the maintenance guy who happened to be a Vietnam vet. He teaches the boy how to fire an arm, and they seem to get pretty well together.

For some reason, Dan changes totally when he is around the war veteran – he looks a bit nervous, which I guess is normal since, in the absence of his father, he takes the man like a male role model. Their friendship seems odd as Dan seems to order the man around – asking him to get some food and beverage for him and his brothers. This scene was quite bizarre – even if younger people are often known for such demands. The thing is that the war veteran has some physiological issues himself, and after firing at the girl’s dorm with his gun, he gets arrested and taken away. For the boy, this arrest is shocking as he loses his friend – and role model. That shock influences the boy’s already unstable mentality, and during the night, a boy from his dorm sees the traumatized Dan- sitting on the floor, blabbering… 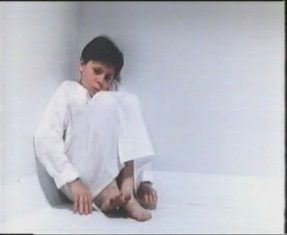 Dan is being sent to the hospital (or rather a psychiatric institution) – in which the doctors are supposed to help him control his reactions. The doctors also think he suffers from behavioral psychopathy, paranoia, obsession, stereotyped movements, and compulsive and uncontrollable behavior attacks. Unfortunately, they fail to help him – much like his mother – who I felt could have helped him if was more caring.

The film soundtrack impreses straight away – composed by Wendy Blackstone, it is powerful and enhances the drama of a narrative thus retaining one`s attention at all times, while at the same time causing a sensation of uneasiness.

Juan Jose Campanella – the Argentinian director of El Niño Que Gritó Puta  crated a real masterpiece.He was able to produce an emotionally charged picture that was characterized by authenticity and realism, as well as a succinct and practical mise-en-scene. Despite its dark overtones, I highly recommend this coming-of-age film as it offers an insightful and powerfully emotional journey through a troubled teen’s life.