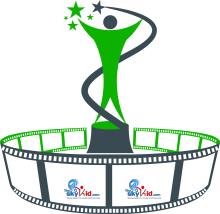 Last year we had plenty of titles to choose from when nominating the films and the young actors who starred in them. In 2012, the number of popular titles recognizable instantly by audiences from across the globe is limited. The task of balancing the number of international releases and independent productions is overwhelming. Even for a website with exclusive focus on a particular genre, listing all releases of films for a particular year can be a challenging task. Yet we believe that we have considered a significant amount of titles in order to select the few that were nominated in the respective categories.

Recognizing the fact that many of you may not have had an opportunity to see some of the international releases (many of which were screened primarily at film festivals and local cinemas), this year we have decided to include a complete list of the releases that were under consideration for nomination. We believe that this will enable you to discover a masterpiece in the Coming-of-Age genre.

Voting is open until 28-February-2013. The winners will be announced on this web page, via an article and a press release, which will be updated to include detailed information for the films that receive recognition each consecutive year.   Happy Voting!!

Some of the nominated films have been reviewed on TheSkyKid.Com. You can discover more about the nominees by visiting the IMDB list of nominated movies.