Before even starting my review I think that it would be fair to let you know that I not only a fan of the movie and book about Peter Pan , but believe to have what it is called Peter Pan Syndrome myself. Now when that is settled I can say that I enjoyed Finding Neverland a lot. For those of you who haven’t heart of the movie it tells the story of the writer of the play Peter Pan J.M.Barrie and the family which inspired him to create his masterpiece . The actors did really god job in recreating this story which is inspired by real events. And then again no wonder – since in the role of J.M Barry is Johnny Depp and Peter is played by the remarkable young actor Freddie Highmore.

It was a pleasure to watch how the writer of Peter Pan spends his time playing with the boys who inspired him to write the play.He has to deal with the disapproval of the society – including the one of his life and the boy`s grand mother played by Radha Mitchell. It amazes me how stereotypes continue to live through the ages – stereotypes which aim to kill the imagination in every boy forcing him to grown up and become a serious respected member of the society – same like the rest grown ups surrounding him. Thankfully there are people who resist to that – those people try and often succeed to preserve the child in them during their whole life. I would like to believe that I am one of them. 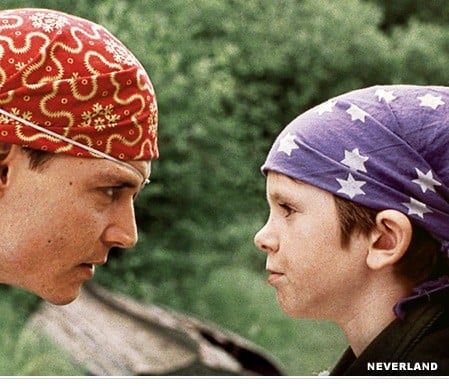 There is one moment from the movie in which a friend of J.M Barry told him the following about the opinion of the people for his friendship with the boys :

Sadly from my own experience I can confirm the validity of this statement. In the same scene the writer answered :

Indeed those two quotes made impressed me with their truthfulness. Sadly I am not yet aware of a way to deal with such situation. If you do not pay attention to such people – neither should they do – but then its like someone can not stand other people happiness. 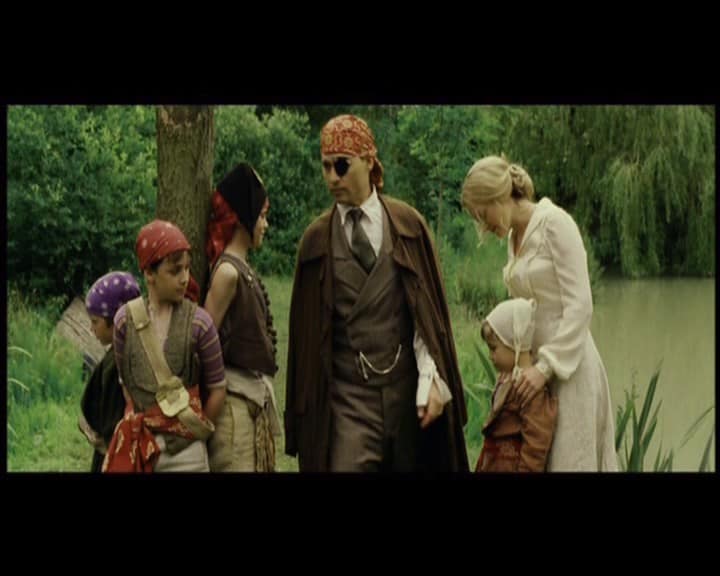 While watching the movie once over again I thought how truthful  is the phrase  that every time a child says he or she does not believe in fairies, one more fairy dies. This seems to be the case with a lot of kids these days – they are so well informed , surf the net and all – that the games of Cowboys and Indians are often forgotten  replaced with computer games.  Just few month ago a friend of mine gave a pack of plastic soldiers to a 10 year`s old boy  – and the boy was quite surprised by this present. Why because he is now on MySpace, Facebook , plays Contra Strike and the plastic soldiers can not capture his imagination as they did with mine once.

But back to the movie -drama and comedy at the same time it is suitable for all ages. If you let it – it would touch you heart with the innocence of dreams , true friendship and sincerity .