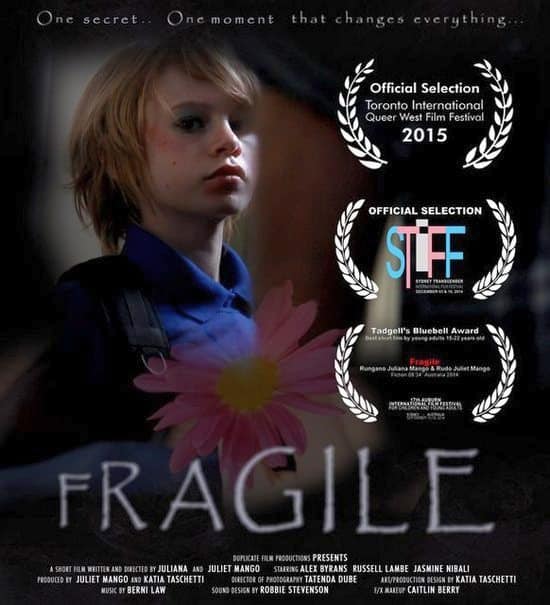 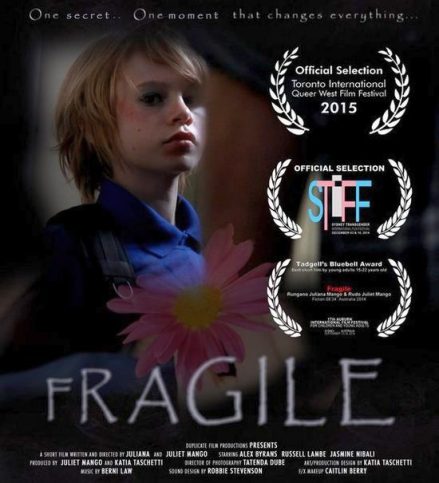 Discovering who one really is and embracing oneself can be a daunting task at any age. Portraying the process in cinema also presents its challenges as it requires a storytelling approach that allows the inner intimate world of a person to shine through.

The Australian Writer/Director Juliet Juliana Mango attempted to do just that in her 2014 short film titled Fragile. The protagonist of the film is eight-year-old Alex (Alex Bryans) who hides that he likes to play with dolls and put on make-up, gets bullied in school (implied by the bruises on his face)  and faces mistreatment at home, where his dad is on a mission to shape him into a real macho boy.

While Fragile lives up to its title, the story felt somehow underdeveloped (as did the characters). This is slightly offset by the acting job of Alex Bryans, who does a good job in portraying a transgender kid. If only the script was better written, this short film could have been as poignant as My Life in Pink (original title: Ma vie en rose). Instead, Fragile was unsatisfying as the message that the film ought to emit to its audience is somehow vague (or may not even be detectable by some viewers).

Fragile does not exactly shine cinematographically or in production design as the fixed camera approach, combined with an amateurish composition, results in a lot of “dead spaces” (places in the frame where nothing really is going on). The cliché scenes are also present – i.e. the kid on the bed looking scared hugging his knees – so that at the end the film making mistakes do make themselves obvious.

But watching a film like Fragile will make you better appreciate well produced films. Fragile‘s goals of inspiring hope, understanding and tolerance are still present, which is why the film finds its place on theskykid.com.

And last, but not least, transgender kids do exist in the real world (check out Benjamin Panciera‘s channel on YouTube) and films like Fragile could ensure that such kids receive more understanding and appreciation. 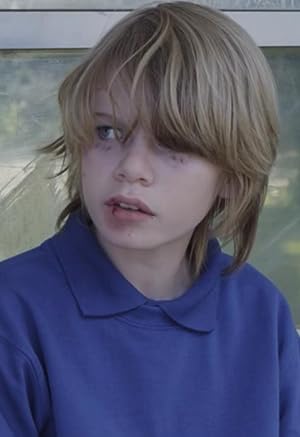