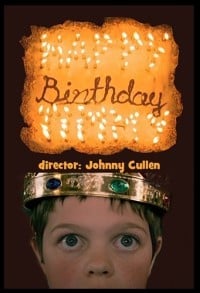 Could a film with a screen time of a bit more than two minutes combine a Coming-of-Age experience and a tinge of controversy? You bet it could!

It’s not easy to convey emotions and a complete story in a film of such limited length, yet director Cullen has achieved that by telling the story visually – that is completely visually. The entire short film doesn’t include a single piece of dialogue.  Yet it still manages to intrigue, shock and amaze its audience.

Aside from the talented directing, the facial expressions of the cast and especially those of the young actor in the role of a boy who has received an intriguing, yet inappropriate present for his birthday, contribute to the effectiveness of the narrative.