With time I came to appreciate the French cinema. This is true especially when it comes into producing rite of passage  films as the French directors seem to follow an unique methodology and let the story develop and flow as the life of the characters on screen . The result is more often than not well told stories – and the one in Jacquot de Nantes was not an exception.  I was lucky enough to see this film in one of the local cinemas today -and  as one Bank and the French cultural institute were sponsoring the projection I got to see it for free. 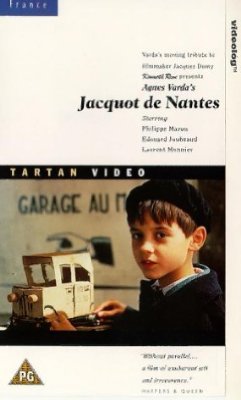 The flick feels melancholic and sentimental – like a biographical film – but the more correct term for it would be a film portrait as focuses on the adolescence years of the french new new cinematographer Jacques Demy – while the film itself is like his memorial directed by his life Agnes Varda. She described her film as ” “a voyage into childhood, into all childhoods … ” and produced a film which fans of the coming of age genre as well as those who have an interest into the cinema are unlikely to miss out .

The film felt a bit confusing at times as Agnes Varda used a mixture of black and white scenes – which were supposedly transition from the past to present . The movie also mixed short extract from the films of Jacques Demy , completed with voice overs and a documentary like interview with him contribute to the unique cinematography of the film. At times it even felt like a musical – as everyone seem to be singing – in times or war or peace , having a dinner by the table or repairing a car. Most of the songs would be familar to you – as they seem to be classic French chansons – I myself was able to recognize of them which also is included into the soundtrack of another excellent french movie ” Toto the Hero “.

Jacquot de Nantes is a movie about a boy who finds an inspiration in his life – the cinema and decides to devote his life to art. He is a boy with rich imagination which is being greatly influenced by the puppet shows he attended as a kid.  His childhood story is portrayed well on screen – as  Philippe Maron who played the the role of the young Jacquot did an excellent job – looking adorable and passionate just as his characters must have been. One thing that I noticed when the prerolled credits rolled was the Jacquot was played at different ages by three actors – all of which did a great job – only I was most impressed by the acting of Philippe Maron – which is I am spotting his name in the review. For the boy was not easy to follow his passion towards the cinema as  his father who works as  mechanic thinks that his son would be better of doing some manual labor . But Jacquot doesn`t give up and dreams of the day in which he would be send to an art school in Paris .

I have read some reviews of the film on its IMDB page – and it seems that some people think that one would be better of if he knows something about Jacques Demy and his work in order to be able to enjoy the movie. I was not familiar with his work – but enjoyed it greatly nevertheless . That is why I would like to recommend it – as I am sure you won`t be dissapointed when seeing it.