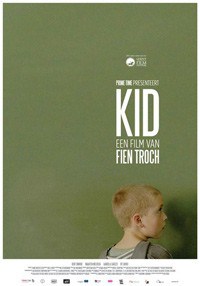 Nothing I have read or seen could have prepared me for such a divergent narrative as that of the 2012 movie Kid by the Flemish director Fien Troch. The movie explores the way children reflect (and are reflected upon by) their immediate surroundings and their manner of dealing with new, traumatic experiences.  It focuses on the life of two young brothers: seven-year-old Kid (Bent Simons) and nine-year-old Billy (Maarten Meeusen).

When their father disappears, the boys’ mother (Gabriela Carrizo) takes her sons to a remote farm hoping to maintain some sense of stability and normalcy in their lives.. Unfortunately, her husband left the family deeply in debt.  Then what appears to be mafia guys come to the farm and threaten the woman (often Kid and Billy witness the threatening from a safe distance), until one day things turn from bad to worse when the debt collectors murder the mother ….

The young brothers, now under the care of their aunt and uncle, face a huge trauma. Its effect on their personalities and the way they deal with it is the essence of the movie’s narrative.

Director Troch chose an intriguing way to tell the story of Billy and the Kid. He opted to keep the camera at a distance from the actors and employed extremely wide shots and long takes. Almost all scenes were shot utilizing a fixed, stable camera – letting the movement in the frame (or the lack of it) attract the attention of the viewer. The entire film was shot in an objective manner; that is so that both the camera and the viewer takes the role of passive observer.

While some may prefer Troch’s approach to storytelling, I found that it did not allow for much identification with the characters. When watching a Coming-of-Age film, one usually feels a need to identify with (or at least sympathize with) the young protagonists.  In Kid,  the viewer is kept at a distance. A scene that would usually evoke powerful emotions – like the death of a mother – feels somewhat remote, as if one is watching a documentary.

That objectivism, combined with the lack of camera movement, resulted in a sense of boredom for me. Thankfully, although both young actors were novices in front of a camera, they managed to perform well in roles one would consider challenging for even more experienced entertainers. Frequently they were required to maintain still poses and restricted expressions as they observed, in what appeared to be a passive manner, the events and the people around them. The usage of dialogue was also limited, thus further increasing the requirements for expressive acting performances.  I hope that they will both continue developing their acting talents and that soon we will able to watch more films with them in the lead role.

The overwhelming sense of hopelessness never leaves the film – emphasized by a gloomy, melancholic score (comprised of Catholic and Christian orthodox chanting and even a break beat song). Unless one feels the need to expand his cinematic horizons,  Kid is not a film I would whole heartedly recommend. Even its ending  failed to evoke a powerful emotional response – which I yearned for… 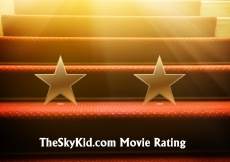