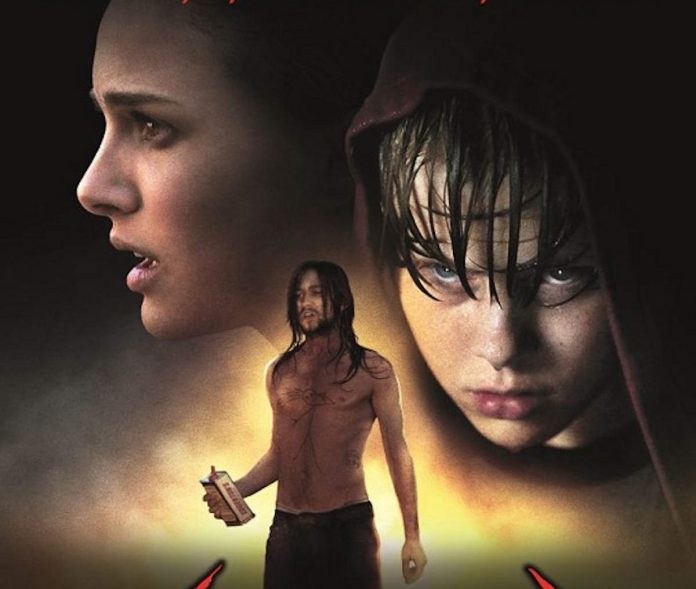 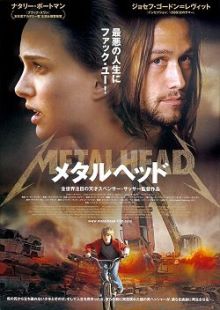 “Life is like walking in the rain… you can hide and take cover or you can just get wet.”

Reviewing Spencer Susser’s Hesher for a media with a family-friendly focus can be a challenging task. Yet, it is a Coming-of-Age film and, as such, deserves to be featured on TheSkyKid.com.

The hero of the story is the twelve-year-old T.J. (Devin Brochu), a troubled youngster who has a lot of things to deal with.  Among them is the death of his mother, the bullies at school, a depressed father who can’t offer any support whatsoever, and, as if this is not enough, having an unwanted friend named Hesher.  Hesher is a metalhead who fits right into the stereotypical image for such people (drunkards, partiers, and fighters who often have a powerful dislike towards the close-minded and mainstream).

Without seeing the movie (or seeing posters of DVD covers other than the one I chose to illustrate my review – from the Japanese release of the movie), one might think the film is primarily about the metalheads and the heavy metal subculture. Even the film is titled after its representative.

But that’s not the case.  It is the story of T.J and his struggle to overcome his grief without the support of his father and with the highly questionable support of a metalhead who follows the boy home and moves in, taking advantage of the nonfunctional state of his family. A great deal of the story is told from T.J.’s perspective.  So I chose the Japanese cover because it prominently features T.J.

The film grabs the attention of the viewer from its first moments. Tension, action, bicycle stunts, a troubled kid – all promise a powerful drama.  Then T.J. meets Hesher, and this unfortunate event threatens to change his attitude and behavior. Deprived of his father’s support and counseling, T.J. is confused and distressed by the man’s actions, who invites himself into his house and pretty much takes over the kid’s family (or at least what’s left of it).  At this point, the movie loses some of its credibility.  I had a hard time getting used to the presence of Hesher in T.J.’s family and the reactions of his father and grandmother. It seemed that, other than me, T.J. was the only other person who had a hard time getting used to this situation.

Overcoming the “Yeah Right!”  reaction took some effort on my part, but then the movie actually engaged my attention. The adolescent crush of T.J. on a young woman working as a cashier at the local grocery store (Natalie Portman) and his bully issues turned out to be two of the most “normal” happenings in the story. The excessive usage of foul language, sexual references, and offensive, violent behavior makes the film unsuitable for youngsters and/or people who are easily offended. I have seen a lot of films that could be labeled controversial because of their subject matter or the way it is presented.  Hesher, however, does not deserve to be called a controversial film. It is nothing more than a meaningless show of how many offensive words can be fit into 106 minutes. 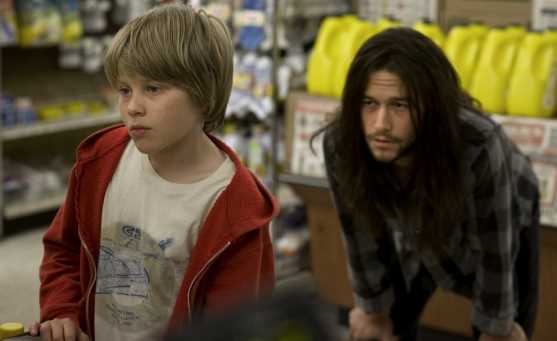 It’s sad, because of the vulgar manner in which the story is presented, many people won’t get a chance to enjoy the brilliant acting of the young Devin Brochu and Joseph Gordon-Levitt (who played the older Nail in the truly controversial 2004 film Mysterious Skin) and enjoy the great soundtrack (and one does not have to be a fan of heavy metal to do this).  Yet, the trade-off might be worth it. I would not recommend this film – as I don’t believe that one would miss much from not seeing it. It’s all summarized in the quote from the movie with which I started this review:

“Life is like walking in the rain… you can hide and take cover, or you can just get wet.”

I have overseen the trailer, ensuring that, although the movie is rated R,  it can be displayed at TheSkyKid.com.