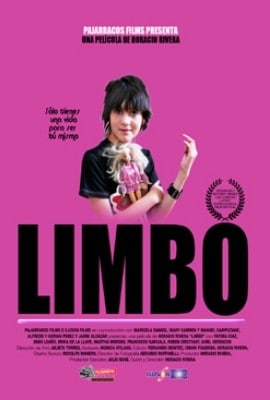 “Dare to know who you are and deal with it…”

“Limbo” is an independent Mexican film. It is one of those films that is just  abstract enough so as to confuse the viewer or at least enough to make them think about how to interpret the scenes on screen.  Isao is 10 years old boy who tries to come in terms with himself and his belief that he may be gay. After an accident, he finds himself in the Limbo, which seems to be a mysterious place somewhere between life and death. There he meets too people, an overworked nurse and a lawyer who committed suicide, but refuses to accept the fact that he is dead.

Along with these characters, the small Isao, begins a journey of self-acceptance, traveling the maze that connects the living with dead and connects heaven to hell. His journey is a rite of passage.  I think that you will find it interesting, if you are ready to bear with the complexity of the film.

I am not overly impressed with the cinematography of the film; With the exception of its opening credits. But overall the vision is modern (A bit of Emo influences I guess.) and the soundtrack is intriguing.

That’s the story; And here comes the surprise . . ., in reality the protagonist of the film, Fatima Diaz is a girl.

“You have only one life, be yourself “

“Limbo” is an independent film and even if it was shot in high definition, it did not receive  its financial support from the Mexican Institute of Cinematography. Despite its low budget,  which I guess affected the sound quality at times, the film won several awards at various festivals across the globe.

Another review of the film in Spanish ( link )

The film director Horacio Rivera about his film :

“Limbo tells the  story of acceptance, of knowing; And treats it with both, humor and sensitivity”

Sky Kid`s final opinion : Worth seeing for the sensitive issues it deals with and the original way in which the story is presented.  On the other side, its a bit complex, the production quality is not perfect and there are few cliches; However those don’t spoil the experience.