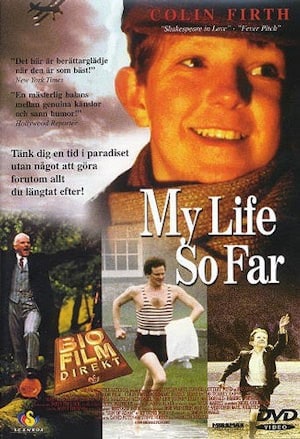 The memoir styled narrative, in which the protagonist narrates the story in the first person, is one of the best techniques in telling a Coming-of-Age story on screen.

That’s probably why I truly enjoyed the Hugh Hudson 2010 film My Life So Far. Based on Denis Forman’s childhood memoir, Son of Adam, the film offers a splendid depiction of innocent childhood curiosity.

A 10-year-old named Fraser Pettigrew (Robert Norman) is growing up on a lavish estate in the Scottish Highlands during the 1920s.  His father is a genius inventor, his uncle a millionaire, and all they seem to care about is enjoying themselves. Admittedly, the high-class  status of Fraser’s family and the incredible estate they live on, slightly diminishes the realistic feel of the film. I found myself having trouble imagining that anyone has lived or lives like the Scottish family in My Life So Far.

Yet, just as in the Jan Jakub Kolski film Venice (also set in a lavish mansion), one has to assume that this privileged and eccentric way of living does exist, in order to fully appreciate the storytelling. A budding youthful curiosity in human sexuality isn’t something that’s rarely addressed in the Coming-of-Age genre, but when the story is original and presented in a charming way, one is never disappointed from the resulting cinematic experience.

My Life So Far immerses the viewer in real Scottish scenery complete with mountains, the ponds, traditional dances and, of course, when it comes to costumes and garments, the kilts that the boys wear — an unmistakable Scottish trademark. I was surprised to see that a short skinny-dipping scene has made it into the film, having in mind that the censors in its country of origin are known for their rigorousness.

My Life So Far Official Trailer

The film could be classified as comedy, as the growing up experiences of the young protagonist are portrayed largely in a humorous manner (a similar approach is taken in S.J. Clarkson‘s 2010 TV film Toast).

The camera work is excellent, and the shot selection is evidence of masterful directing. Naturally, my favorite shots are the close-ups, especially the ones of the Robert Norman, whose casting as Fraser is a real success. His naturalness and expressiveness matches (and often exceeds) those of his more prolific co-stars, such as Academy Award winner Colin Firth, who plays in the role of Fraser’s dad. His round freckled face is the epitome of innocence while, at the same time, one can sense the sparkle of mischievous rebellion emitting from his eyes.

It’s fortunate, therefore, that the young actor takes part in the majority of the film’s scenes. And, for those when he’s not in front of the camera, his voice is ever present — narrating the story in the charming innocent manner that gives the film its nostalgic bitter-sweet appeal.

I don’t hesitate to call this movie a perfect choice for a family’s evening entertainment, as it may answer some questions that the youngster may have, while keeping them and their older siblings entertained.

My Life So Far offers a splendid depiction of innocent childhood curiosity -- a perfect choice for a family's evening entertainment.My Life So Far (1999)
TheSKyKid.comYoung talent in the movies and the arts