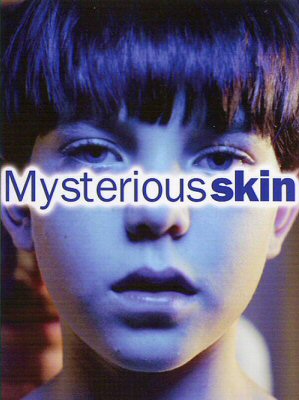 I have to admit that if I first didn’t stumble on that movie on IMDb, I would not have even known about it. It is almost 2 am and I just took the DVD out of my computer. Have to admit that this is one of the most brilliant films I have ever watched.
The movie shows the growth of two boys – in parallel – they both were abused as kids by their Baseball coach and are striving to find a way to cope with the past. Whatever happened back then seems to be shaping their personality – but in a different way. When I think about it – it is only natural that people are different and, being so, they perceive different events and situations in their own unique way.
Mysterious skin – you may wonder why they picked such a name for that movie, but I am sure that you will have some idea by the time the last credits roll. What would be the life of the boys if things happened differently? That is the question you have to answer for yourself.
There are quite a few sex scenes, which I didn’t like much – probably because the lust was overwhelming, and the money played their role. I guess it is just me, being romantic as usual – but these scenes didn’t seem right. Then again – without them, the movie wouldn’t be the same.
The acting in this movie was terrific; I almost felt like I could sense the actors’ feelings. Watch this movie and remember that what happened in the past may leave its traces for many years to come…

I wrote this review back in 2005, but since yesterday I watched the movie again – decided to post it now