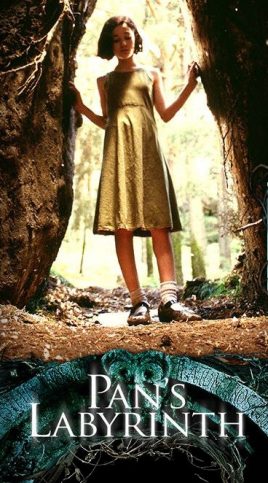 According to director Guillermo del Toro, the stress and strain of making his 2006 film Pan’s Labyrinth (El Laberinto del Fauno) nearly killed him. Given how well the film turned out, one could argue it was worth the risk.

The story of 10-year-old Ofelia (Ivana Baquero) is set against the backdrop of the Spanish Civil War’s bloody aftermath, as defiant, elusive rebels wage potent guerilla warfare against Franco’s army. Ofelia finds herself in the unfortunate position of being the stepdaughter of Captain Vidal (Sergei Lopez i Ayats), a particularly violent adversary of the rebels. When she and her pregnant mother must relocate to the Captain’s country house/headquarters, Ofelia resorts to fantasy in order to escape the harsh Captain and his pathetically brutal world.

“The Captain is not my father!” exclaims Ofelia to Mercedes (Maribel Verdu),  the housekeeper, when they first meet. “You’ve made that clear enough,” Mercedes replies. It’s no wonder Ofelia wants to firmly establish that there’s no hint of kinship between herself and the Captain:  he is one of the most frightfully repellent villains in recent cinema, made all the more despicable by his moments of self-righteousness, wherein del Toro is wise enough to allow the brute the opportunity to make a valid point or two – even villains can be right about one thing or another, after all.

Her head always in books of fantasy or fairy tales, Ofelia naturally conjures such a fantastic surreality for her own escapes from the Captain’s unpleasant circle. Intrigued at first by a flying stick insect, she requires that her would-be fairies look like fairies, going so far as to show the insect a proper example in a book of such extravagant things. The insect promptly obliges and transforms itself into a fairy. Ofelia’s inner world demands such magic, wonder, and merriment, because her own real life falls woefully short on all fronts.

The fairy leads her out into the night, to an old stone labyrinth beneath which a cunning Faun has long awaited her reappearance, or so he tells her. She is not the human girl Ofelia but, rather, Princess Moanna, from the Underground Realm. To return to that wondrous kingdom from which she long ago fled, however, the princess must perform a series of tasks before the moon is full, to prove that she has not “become a mortal.” And so, Ofelia’s adventure begins in earnest.

To get caught up in the stuff of fairy tales is the rush of childhood; the fear is that one day, the door at the end of the labyrinthine path opens up, and the way forward – the coming of age – is made all too clear, whether we want to exit the maze or not. The greatest trick is finding ways to stay behind, if only in your mind, no matter what – to find a way to get away, back where you think you belong. Tricky, that – to never be “too old to fill your head with such nonsense.” But, in a world that seldom makes sense anyway, why shouldn’t a little nonsense be one’s logical goal?

Ofelia cannot help but explore that which she is forbidden – in essence, doing the hard work of growing up: breaking rules, getting dirty when necessary, taking one risk after the other – being herself. You can have your Harry Potters or Narnia warriors, but Ofelia is the bravest child to have stepped into the land of enchantment and wonder in these recent times. She answers the call, meets the demands, does what needs to be done; and she does so despite the greatest toll that must be exacted from her, and with only the least hesitation. 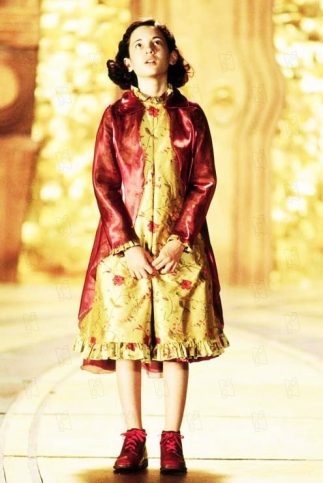 Through the brilliant work of composer Javier Navarrete, the film contains one of the most effectively heart-breaking pieces of music I’ve ever heard: the haunting lullaby, that replays in your head long after last seeing the film. Throughout, each note of music falls on each frame of film with just the right weight of resonance, first light as a feather, then heavy as your heart, from one moment to the next.

Del Toro has said that Pan’s Labyrinth is a sequel of sorts to The Devil’s Backbone, and that a third film is someday envisioned, although the possibility is remote, given how much of his heart and soul were expended on Ofelia’s sad tale. Still, one can hope that he will eventually finish the trilogy, at some point in his near film future.

[One note of warning: as with some of del Toro’s other films, the violence depicted is intense and may be disturbing to some.]