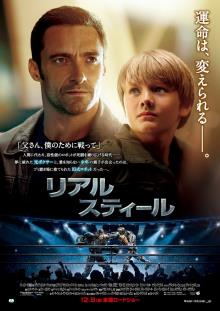 Depending on your perspective, Real Steel could be considered one of the most surprising films of 2011. It’s a film that is a very loose interpretation of a Richard Matheson short story wherein robots have replaced humans in the boxing ring in an all too proximate future.

However, if one looks at the film’s trailers, it’s clear the intended effect the film is supposed to have and the genre it’s supposed to occupy: it’s a crowd-pleasing action/drama that’s fun for the whole family. That’s not an easy feat to pull off, especially considering the fact that the trappings wherein those sentiments are to be felt can be dismissed as Rock ’em Sock ’em Robots: The Movie. After a few viewings of the trailer, I figured I’d think it was good but didn’t think I’d enjoy it as much as I did.

Real Steel is also essentially a star vehicle for Hugh Jackman, at least in its initial conception, and typically films which can be categorized as such aren’t very interesting. They’re usually rather uninspired, transposable and disposable and none of that applies to this film due to the commitment of all those involved in the finished project. This starts with Jackman who plays the gruff side of his persona to the nth degree, yet has a varied enough performance that his change of heart and softening, incited by his reunion with his estranged son, feels very natural.

The father-son plot is at the core of this film and the boxing, whether robot or reminiscing on the real thing, is only slightly more than a vessel. It is through the bouts that we see enacted the ebb and flow of their inner-conflict and also see personified their hopes and dreams. The contentiousness and disconnect between father and son, as well as the need to have a common interest to connect on a deeper level, is very true to life and well rendered in the film’s script and performances.

Which brings us to Dakota Goyo, who not only steals many scenes in this film but also has to carry a lot of the film himself, to the extent that he asserts himself as a co-lead alongside Jackman.  He not only uses a wide variety of inflection in his line readings, but has to play quite a wide range of emotions in his role. Furthermore, he is quite evocative in as much as he elicits desired emotional response from the audience due to his earnestness. Considering that most audiences first saw him in a brief appearance as Young Thor in Thor, this is quite the breakout role. 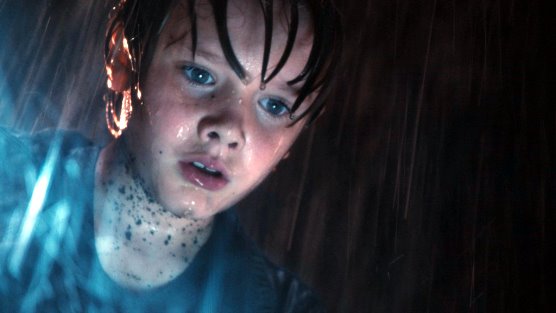 As important as the characters and actors are in a film ostensibly about fighting robots, in a film that wants to be taken seriously the effects work is perhaps of equal importance. When deciding that the effects work in this film were the best I saw in 2011, the tie-breaker was that not only were they arguably the most realistic, but they were also the effects I least thought about in watching the film — meaning the blend is immaculate. The work and attention to detail in this area allows the story to feel more immediate and authentic than it really should.  This all works toward a thrilling, triumphant and compelling closing third of the film, when the film really gets going on all cylinders.

The score and edit are magnificent, the actors are either mostly reacting or talking above the crowd and are pushed and the story wraps up as neatly and succinctly as you could want. Also, for sports fans, it transcends the robot characters and gives you a fantastic boxing match that rivals any ever filmed.

Aside from the initial quibble about the compressed timeframe and not too distant future setting, the only other true concerns were related to minor characters and how they were drawn or interpreted.

Real Steel is everything its trailer promised it to be and a bit more: a story of reconciliation between father and son, a warm family comedy and a great boxing movie in a new guise.

An article by Bernardo Villela,  a writer, director, editor and film enthusiast who seeks to expand your movie-watching options. You can find him at:  http://themovierat.com