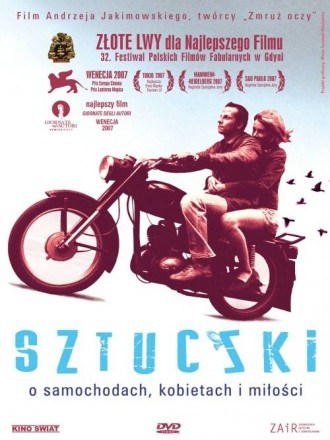 Sztuczki is worth watching if only because of Damian UL’s talent, who played in the role of Stefek – a six-year-old boy who tries to retrieve his father. The cast is well selected, and their acting performance is first class which brings a feeling of spontaneity and uniqueness into the movie. Damian UL got an award for best actor in the International Cinema Festival in Tokyo for his performance in Sztuczki. The plot provides a mixture of hope, humorous moments and drama. The movie does an exceptionally well presentation of the everyday working-class life in the Polish countryside.

The directing of the movie was exceptional, and so it was the soundtrack. I have seen the movie twice – in the cinema theatre during a festival and at home. Sadly the director did not appear during the festival as it was announced as it would have been great if I could share my impressions with him.

A warm and amusing story, seen through the eyes of the boy Stefek.{L} Bravo to the director Andrzej Jakimowski for bringing such a masterpiece to us.