Robbie is an American film released more than 40 years ago.  During the years it has achieved a classic status  as if to remind the world what US films  once were before everything went mainstream Hollywood. The best way to describe the film is to say that it is heavily influenced by the story of Robinson Crusoe and some may even argue that Robby is it’s modern remake, with a younger cast and at more idealistic set up.

During a sea storm , a National Geogaphic writer and his spouse place their 9 year old son, Robby in a small lifeboat hoping to rescue him. Exhausted the boy falls asleep on the boat and wakes up on the shore of a lush tropical island. All alone, he is trying to apply the knowledge of self-survival remembering the story of Robinson Crusoe that was read to him by his father.

While exploring the island Robby falls into a river and not being able to swim he seems to be doomed.  Thankfully a young native boy at about same age sees Robby and jumps bravely in the water to save him from drowning .  The boys become friends and spend many idyllic days and adventures on the Island both happy that they have escaped the horrible loneliness. 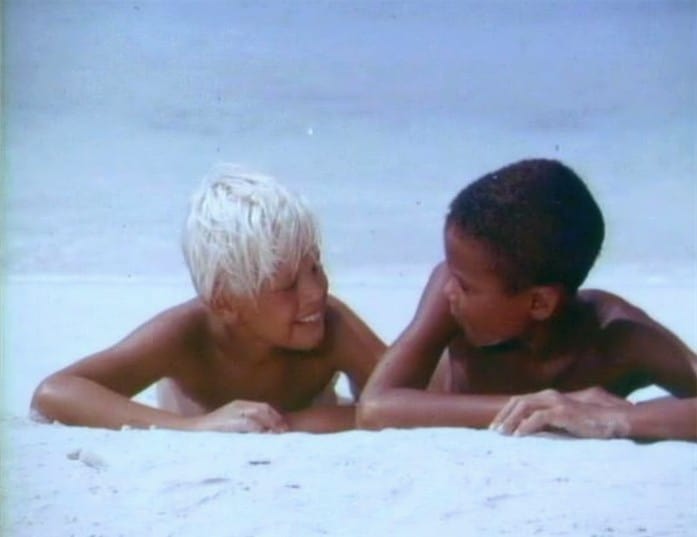 It should be said that the time frame by which this was written made the movie have a deeper meaning than viewed today. It was released in 1968 when America was in the final throws of Racial division. This movie featuring Ryp Siani as Friday a boy of African decent and Warren Raum as Robby, with his bleached platinum blond hair showed how children are raised color blind and innocent. It demonstrated that survival depended on tolerance and understanding while embracing differences and casting off of society’s prudish and false beliefs. The contrast of black and white between the boys was a subtle reference to the troubles of society.

Well society learned most of the lessons anyways. I’s not likely you will find this one at your local video store but it is available at www.cvmc.net 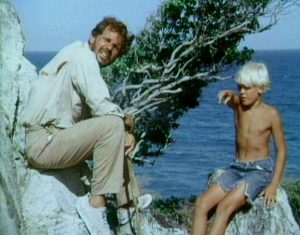 While the camera work was awesome (And I’m sure difficult) and the tropical location supreme, the acting though good, was not exceptional. Working with children is difficult enough when making a movie, but when the entire film rests on the acting of two and the dialog of only one. I think it should have been a little stronger. There were periods where eye to camera avoidance was obvious and dialog seemed to run a little long and insincere.  However when I remember the boy carrying the story was all of  ten years old then I have to think he did a great job. But the film overall was good in it’s message and the interaction between the boys was wholesome and delightful. Much of the film occurs after Robby sheds his need for clothing so if you are a prude, you will not be happy with the naturalist atmosphere of the movie.

The beautiful music score by Christopher Young and the emphasis on the natural tropical wonders found in the  Caribbean further enhance this wonderful production . 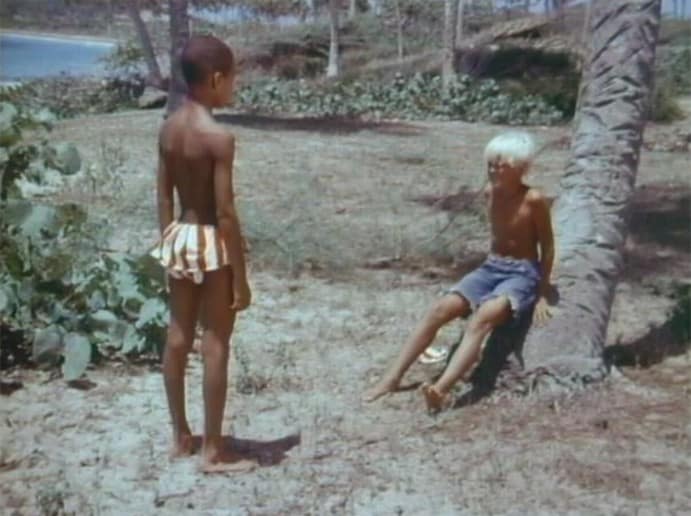 I think that it would be great to interview Warren Raum and Ryp Siani or any of the cast or crew today and ask them about the filming and the experience. Warren Raum would now be 51. No evidence exists that either actor went on acting, at least not under these names. But given the climate and the nature of the filming, it had to be a very difficult shoot. The sand alone makes thing difficult. It shows set up tracks so there is much to do in neutralizing the evidence of the camera crews presence. Not to mention it get’s into everything. Especially with the constant on shore breeze. The sky and lighting also changes rapidly there and the tropical nature means rain is coming at any moment. I’m sure it meant there was a lot of waiting and a lot of set up and anticipation only to be postponed by weather.

I’ll bet there are some great stories to be told about the difficulty of the shoot. 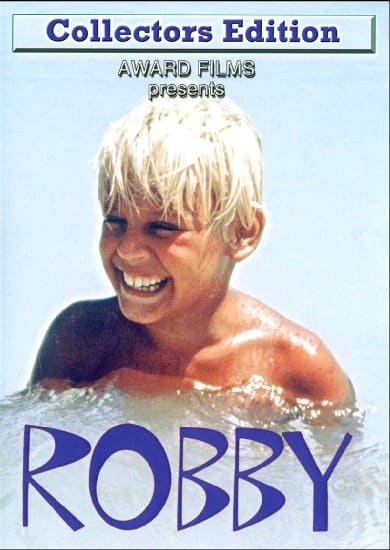