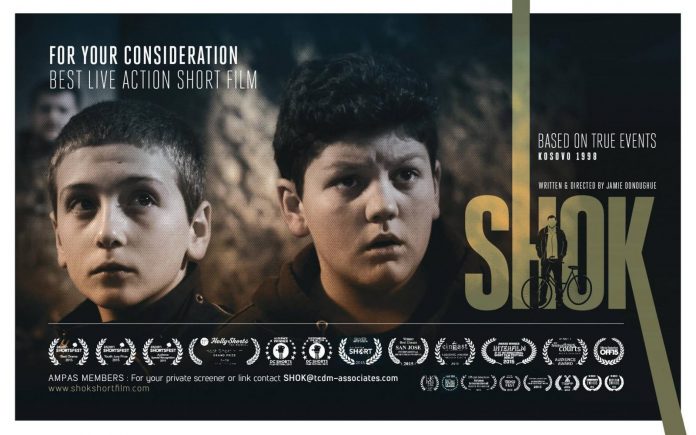 Sometimes a good film can get ruined by the bias of its screenwriter and director. That’s the case with the 2015 film Shok (Friend). Writer/director, Jamie Donoughue’s film, is a co-production of Albania and the UK. It contains his bias that any Serb = evil. In fact, the whole country of Albania is biased again the Serbs.

But if one is prepared to disregard such blatant propaganda, Shok offers a poignant Coming-of-Age narrative focusing on the friendship between two young Albanian boys, Petrit and Oki (Lum Veseli and Andi Bajgora). Despite growing up in the war-torn region of Kosovo, the boys manage to play, swap sleepovers, and have a normal childhood…until Petrit decides to earn some money by selling rolling paper to the Serbian paramilitary formations.

Petrit’s entrepreneurship places the boys in direct contact with the harsh world of adulthood cruelty, which puts a strain on their innocent souls. A fierce quarrel follows an accident – and it’s not just their friendship that is at stake…

Suppose you’ve seen movies portraying the harsh consequences that war has on children (such as the 2004 masterpiece Innocent Voices or  Elem Klimov’s Come and See). In that case, you’ll recognize a lot of common motifs in the narrative that may make this film’s final resolution slightly predictable. Yet, character development has done its job (a remarkable accomplishment for a movie with just 21 minutes of screen time) and, by the end of the film, one can’t help but sense the young protagonists’ distress, fear, and tension.

Aside from the bias, Shok has no other significant flaws. It’s well-acted, well shot, and atmospheric. 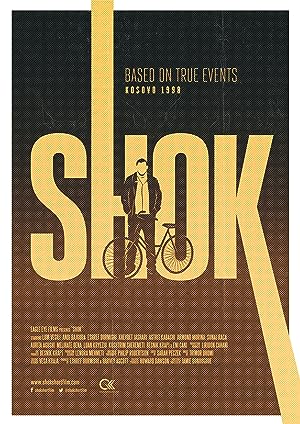 Facebook
Twitter
WhatsApp
Shok offers a poignant Coming-of-Age narrative focusing on the friendship between two young Albanian boys during in war-torn Kosovo.Shok (2015)
TheSKyKid.comYoung talent in the movies and the arts