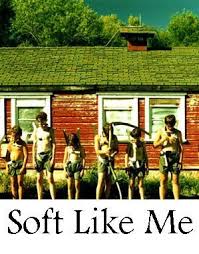 When you think disturbing movie – think Soft Like Me. After seeing it yesterday, I could only say that a film can hardly get more disturbing than that.Even its tagline,” With hope comes punishment” sounds quite weird, surreal, and depressing.

On a prairie wheat field in a mythical past or fantasy future, boys are enslaved to harvest wheat. They hope to escape, but with hope comes punishment —firm and final punishment. In an article titled Cross-Cultural Perspectives on Canadian Film [1] the film is said to deal with the intersections of the prairie landscape and childhood…and while that is not a very detailed or accurate description – I am guessing that it’s shows some insights of what the movie is about. To me, it also seemed like a horror film. 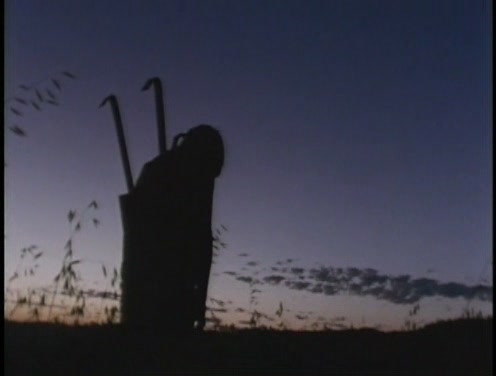 While researching for the review you are now reading, I stumbled upon an interview with the film director says :

For example, in Soft Like Me, I wanted to recreate the Canadian prairies at the turn of the century, but the one that no one talks about. It’s the one that isn’t in the history books because history is obsessed with blunt objects like facts.” [2]

Some of you are familiar with the rather popular The Nature of Nicholas. Soft ike Me (1996) –  a 24-minute short film directed by Canadian director  Jeff Erbach. I am having trouble following the movie he directs – or even understanding them – but at the same time, he has a unique style that can hardly be mistaken.

The movie can be seen online on the Underground film website, but be warned that it contains violence and mature themes. Soft  like Me is one of the bleakest, most chilling visions you’ll ever encounter.