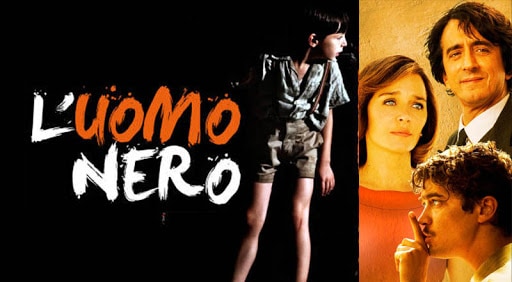 The Black Man (L’uomo nero) is the kind of Coming-of-Age film in which the main protagonist reminisces his childhood and all of the experiences and tribulations that have profoundly shaped and molded his persona. As typical for these kinds of narratives, the story is told from a child’s perspective, which makes it progressively inventive, mischievous and dazzling – all mixed in with bittersweet nostalgia.

The film takes us back to a small Italian village during the 60s, focusing on the goal of a rail-station employee to realize his artistic inspirations by drawing paintings – a hobby that has transformed into a wholesome obsession, affecting not only his personal life, but that of his family as well and especially of his seven-year-old son Gabriele (Guido Giaquinto).

Childhood is a magical time in most peoples’ lives and its portrayal in this film expresses the imagination of the young Gabriele, who frequently resorts to it when forced by the irrational (to his mind) behavior of the adults around him.  Yet this approach only enhances the real world without diminishing the dramatic value of the narrative.

The excellent casting of the young Guido Giaquinto as Gabriele is wonderful, as the innocence of his character frequently shines through his gaze and facial expressions. He finds himself in all kinds of bittersweet situations typical of children of that age: running barefoot on the streets, stuffing himself with candy, sneaking a peek at some naked ladies while with his uncle, kissing a girl and getting into all kinds of mischievous adventures. 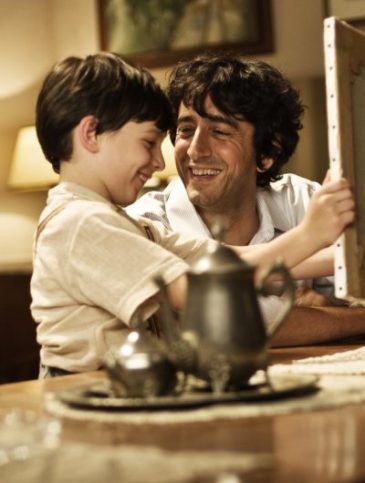 The dynamic relationship between father and son is explored wholesomely with all of its traits – from loving care to frustration and from pride to disappointment. Because of his father’s ambitions, Gabriele’s childhood is a troubled one – yet still full of magic and awe.

The cinematography is beautiful and the way the Italian landscape and characters are portrayed reminds me of I’m Not Scared (2003) – another film with an Italian director with an emphasis on the rite-of-passage of its protagonist.

The experience of watching L’uomo nero (or The Black Man as it’s title is translated) can be compared to  reading a good autobiographical book. There are enough story motifs to intrigue the mind of the viewer while, at the same time, allowing for complete immersion into the bittersweet memories of one’s own childhood. 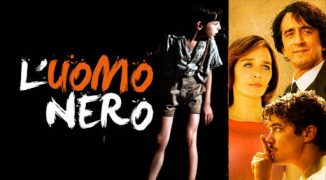 The Black Man (2009)
In short
A Coming-of-Age film in which the main protagonist told from a child's perspective, progressively inventive, mischievous and dazzling – all mixed in with bittersweet nostalgia.
4.2
Our Rating
Facebook
Twitter
WhatsApp

A Coming-of-Age film in which the main protagonist told from a child's perspective, progressively inventive, mischievous and dazzling – all mixed in with bittersweet nostalgia.The Black Man (2009)
TheSKyKid.comYoung talent in the movies and the arts